WINNIPEG – On April 29, 2019, the Winnipeg Police Service was alerted to a female being threatened and forced to work in the sex trade. Members of the Counter Exploitation Unit entered into an investigation and located another two victims.

The victims advised that one of the suspects introduced them to the other men in April 2019 with the intention of having them work in the sex trade. The women were promised money, housing, clothing, and other amenities.

Between April 29, 2019, and June 9, 2019, the suspects posted numerous advertisements online portraying the women as escorts who provide sexual services. The suspects answered online requests for the women and would arrange for the customers to meet their date at various hotels throughout Winnipeg.

On multiple occasions, the suspects would drive the women to these pre-arranged locations to meet with customers and collect payment at the end of the date. The women were provided with cocaine on more than one occasion.

The victim’s felt threatened to comply with the suspects’ demands.

On June 29, 2019, two suspects were located and arrested.
Bego MUHMUTOVIC, a 19-year-old male of Winnipeg, has been charged with:

Ali Noaman Jaljal ZANGANA, a 20-year-old male of Winnipeg, has been charged with:

Yahya Ahmed YAHYA, a 19-year-old male of Winnipeg, has been charged with:

Investigators are concerned there are other victim’s either connected to these males or in similar situations. Investigators believe the above males may have rented facilities throughout Winnipeg.

Anyone with information related to crimes of procuring for sexual services or human trafficking is asked to contact the Counter Exploitation Unit at 204-986-3464 or Crime Stoppers at 204-786-TIPS (8477).

Winnipeg Police Update on Homicides – One Arrest and Victims Identified 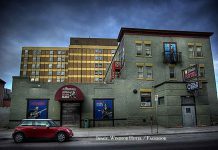