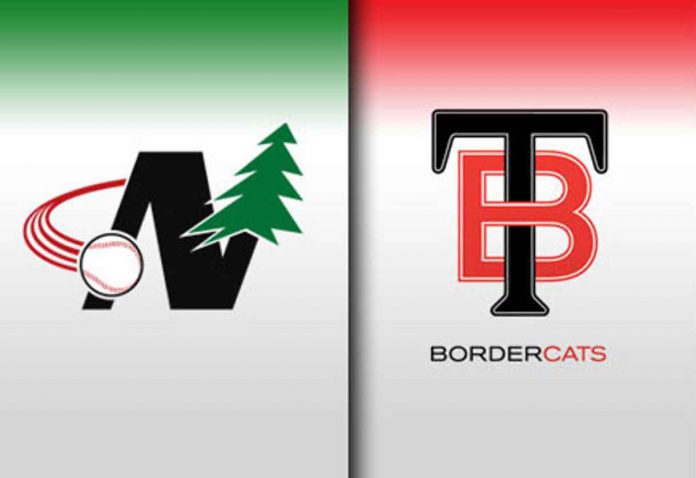 Thunder Bay, ON. – Former Thunder Bay Border Cats pitcher Brandon Williamson has agreed to a professional contract with the Seattle Mariners.  Williamson, who played for Thunder Bay in 2017, became the second highest Border Cats alum selected in the MLB Draft when he was taken in the 2nd round, 59th overall, by the Mariners earlier this month.  The lefthander, who attended Texas Christian University, signed with Seattle for $925,000.

Three other former Border Cats from the 2018 team were also chosen in this year’s MLB Draft.  Pitcher Rogelio Reyes (University of California), was selected in the 22nd round, 659th overall, by the Minnesota Twins.  Second Baseman Nick Conti (Eckerd College), went in the 39th round, 1168th overall, to the New York Mets while pitcher Andrew Gross (University of Texas-Arlington), also was taken in round 39, 1178th overall, by the Tampa Bay Rays.

Meanwhile, another former Border Cats pitcher is turning pro after Alex Nolan signed as a free agent with the Toronto Blue Jays.  The righthander from Burlington, Ontario, played his collegiate baseball in Canada for the Brock University Badgers.  Nolan made his debut with the Border Cats in 2017 and was an NWL All-Star in 2018 when he appeared in nine games for Thunder Bay and went 4-3 with a 4.32 ERA.  He requested his release from the Border Cats to play closer to home and started this season with the Kalamazoo Growlers of the Northwoods League.