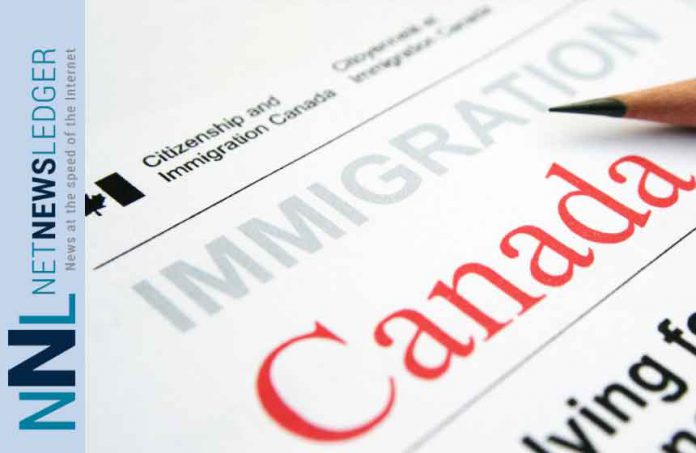 THUNDER BAY – Eleven rural and northern communities have been selected as part of the new Rural and Northern Immigration Pilot to invite newcomers to make these communities their forever homes. “The equation is quite simple. Attracting and retaining newcomers with the needed skills equals a recipe for success for Canada’s rural and northern communities. We have tested a similar immigration pilot in Atlantic Canada and it has already shown tremendous results for both newcomers and Canadians,” states Ahmed Hussen, Minister of Immigration, Refugees and Citizenship.

“Removing barriers to economic development and promoting growth in local communities across the country is a priority for the Government of Canada. This pilot will support the economic development of these communities by testing new, community-driven approaches to address their diverse labour market needs. The initial results of the Atlantic Immigration Pilot show that it has been a great success. I’m pleased we are able to introduce this new pilot to continue experimenting with how immigration can help ensure the continued vibrancy of rural areas across the country,” adds Bernadette Jordan, Minister of Rural Economic Development Canada.

“We are pleased with the announcement that Thunder Bay will be a part of the rural and northern immigration pilot.  This pilot is focused on economic growth for northern and smaller communities and is a partnership between cities and the federal government aimed at filling vacant positions.  We feel this will benefit communities, employers and the newcomers as they will be arriving with a job offer in place.  TBMA will be supporting the pilot through our settlement programming and will be able to help newcomers settle and integrate well, hopefully leading to long-term retention and success. This program is entirely community-driven and responsive to local economic development needs, says Cathy Woodbeck, Executive Director of the Thunder Bay Multicultural Association. “Not only will this pilot provide skilled, in-demand workers for our area, but it will also include their families.  The Thunder Bay Multicultural Association will continue to work with it’s community partners in supporting the transition of skilled workers and their families as they make this great area in Northwestern Ontario their home.”

As the Canadian population ages and the birth rate declines, rural Canada’s workforce has seen a significant decrease in available workers. This pilot will help attract people that are needed to drive economic growth and help support middle-class jobs in these communities.

The participating rural and northern communities will have access to a range of supports to test this new innovative, community-driven model that will help fill labour gaps. The selected communities are: Thunder Bay (ON), Sault Ste. Marie (ON), Sudbury (ON), Timmins (ON), North Bay (ON), Gretna-Rhineland-Altona-Plum Coulee (MB), Brandon (MB), Moose Jaw (SK), Claresholm (AB), West Kootenay (BC), and Vernon (BC). The participating communities were selected as a representative sample of the regions across Canada to assist in laying out the blueprint for the rest of the country.

To complement the Rural and Northern Pilot, Canada is also working with the territories to address the unique immigration needs in Canada’s North.

Liberal MP and Minister Patty Hadju says, “Being selected for the Rural and Northern Immigration Pilot is critical for the continued growth of Thunder Bay and the region. With unemployment numbers at record lows, a growing economy and an aging population, labour shortages across Northwestern Ontario can make it difficult for employers to attract skilled workers. This pilot will allow communities to work directly with employers and with applicants to start to fill some of those labour gaps with people who want to stay and grow their families in Northwestern Ontario.”

Frank Pullia, the Conservative candidate in Thunder Bay-Superior North comments, “As a Director and former Co-Chair on the North Superior Workforce Planning board, we have worked diligently with our community partners across the city and region to impress on the government the need for tailored program like the one announced today that has proven successful in other parts of the country”.

Pullia adds “if elected as the member of the federal government for Thunder Bay-Superior North, I will continue to work with our community partners and industry to make sure that the pilot program is producing the desired outcome and enhancing it as required to provide the right matching of workforce skills needed in our region”.

Thunder Bay-Superior North NDP candidate Anna-Betty Achneepineskum states, “My concerns are, did we as residents have input into this initiative, we do welcome new settlers but we must ensure our citizens have priority access to sustainable opportunities”.