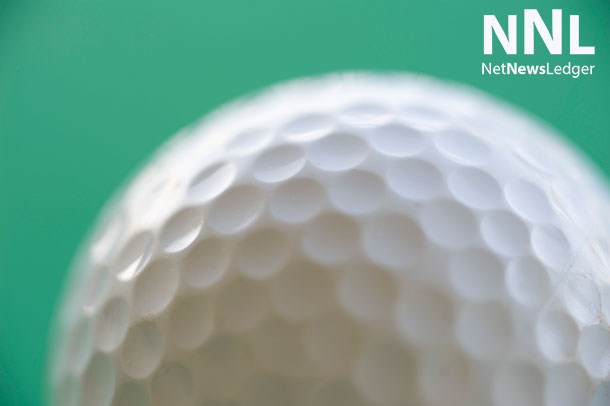 KELOWNA, British Columbia — It was on this course three years ago this week that Jake Knapp got his first real taste of professional golf. The wide-eyed UCLA product had earned his way into the GolfBC Championship by way of that Monday’s open qualifier and finished with a promising T45 showing.

Knapp hopes to celebrate his anniversary here later this weekend with a win, and he took the first steps toward that goal on Thursday with an opening 7-under 64. Grant Leaver trails him by one stroke, while Drew McCullough, Patrick Fishburn and David Pastore all sit two shots back at 5 under.

“This place holds a little sentimental value to me, and my dad came up and caddied for me that event, too,” Knapp said. “It’s just a great event and it’s one of my favorite venues to come to. It’s one of the most scenic golf courses we play and the city is great. It’s definitely a special event for me.”

Knapp is still riding high from his comeback victory last month at the season-opening Canada Life Open, where he roared back from a five-shot deficit on Sunday to claim his first career win. He built on that momentum Thursday, when he posted a front-nine 30 to overtake Leaver atop the leaderboard.

Knapp, who started on the back, made the turn at 1-under before going birdie-eagle-birdie over his next three holes. The highlight came at the par-4 second, when he holed out his approach shot from 117 yards. He closed with birdies on three of his last four holes, including a 40-footer from the fringe at No. 7. The 25-year-old later got up-and-down from the bunker at the ninth to take the lead for good.

His strong finish was enough to overcome Leaver, who connected on a 20-foot birdie putt at the 18th to temporarily pull into the lead. The 33-year-old used a solid putting performance to piece together his best round in more than a year, as he rolled in multiple birdies from 12- to 15-feet.

“I was converting, I was scoring,” Leaver said. “I had two good saves down the stretch when I needed it. It kind of fell together. I definitely hit my share of bad shots out there, but it never really hurt me. I chipped out a few times and made bogeys but minimized it.”

“The only thing that changes in your confidence. Anytime you can win on any Tour it feels good, and you know you’re doing the right things. Just staying consistent with the work that I’ve been doing. Day to day I’m trying to do the same thing to give myself the best chance to win. It seems to be working, so I’ve just got to keep plugging away.” – Jake Knapp on his hot start

“If you don’t get off to a good start here, it’s not necessarily that you can’t make it later on … but it puts you behind the 8-ball a little bit and mentally it gets a little tougher. You start thinking a little bit more about the money list. I think I’ve freed myself up to get out there and go play and give myself as many chances to win as I can.” – Jake Knapp

“I hit a good shot and knew it was going to be somewhat close. The guy behind the green was pointing that one in. That’s always a bonus when you can get one of those to fall. That doesn’t happen too often.” – Jake Knapp on his hole out for eagle at No. 2

“I’ve come to expect nothing but surprises when it comes to golf. That’s what keeps me optimistic when I’m feeling down, and level-headed when I feel good. I try to keep myself even keeled. It’s just about numbers. No matter how the shot looks, if you can put it in the fairway, find the greens and your putter can make some, anything is possible as far as scores. Especially out here.” – Grant Leaver

“My dad encouraged me to try and take advantage of small opportunities and get back to where I know I can play. Whether that will happen or not, I don’t know. I haven’t felt very confident about that recently, but rounds like this definitely help. It gets you back to feeling like you know you can win, and that’s really all it takes.” – Grant Leaver on continuing his career

“I wasn’t very nervous. Maybe a little bit, but there wasn’t a lot of pressure. I just wanted to go out and have fun and play my best. I had fun, but overall, I wasn’t thrilled with how I played. My putting was decent, but my iron play was not good today. But there is always tomorrow.” – 14-year-old Cooper Humphreys