Home News National News Ontario Man “Leeched” of Money By Court After Trying to Smuggle in... 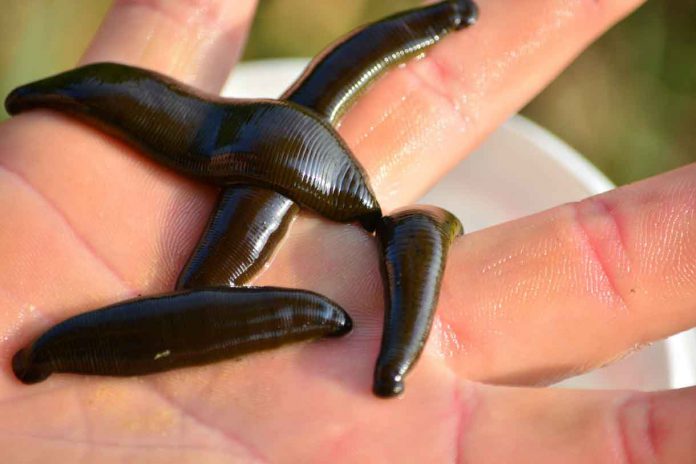 TORONTO – No one would have suspected that Ippolit Bodounov’s luggage was out of the ordinary. The simple carry-on suitcase had made the trek all the way from Russia to Toronto without any hitch. But when the Canadian citizen entered the Toronto Pearson International Airport last October, one dog’s sensitive sniffer targeted Bodounov’s suitcase.

One might assume that the dog detected drugs or a similar dangerous substance, but officers were shocked when they discovered more than 4,700 live leeches in Bodounov’s bag, all of whom were alive.

Leeches are a type of parasitic worm that are used in some medicinal practices, becoming most prevalent during medieval times. In some cases, the saliva of the worm acts as a blood thinner thanks to its anti-coagulative properties. This made it an essential component in the first dialysis treatments. Though 40% of assisted living facilities provide skilled care for their residents and patients, however, leeches haven’t been commonly used in Canada for quite some time.

According to Gerry Brunet, the operations manager for the Environment and Climate Change Canada (ECCC), Bodounov attempted to smuggle in 4,788 medicinal leeches in a reusable grocery bag. He attempted to keep the animals alive by concealing them inside 10 small cloth bags, which were dampened for the comfort of the leeches.

The leeches were taken into custody and sent to the Royal Ontario Museum where they were identified. According to Sebastian Kvist, curator of invertebrate zoology, the species is identified as Hirudo verbana, one of the only two leeches regulated under wildlife trade. Kvist explains that these leeches have been protected from overharvesting because of their medicinal properties since 1823. However, this species is also considered invasive when brought to new locations.

Around 240 of the leeches were then sent to the American Museum of Natural History to determine if they were a lawful import. Here, researchers discovered that the leeches were wild via DNA sequencing of the gut. Because these leeches were removed from their natural habitat, it was found that Bodounov had not obtained a permit for their import.

It was only on May 24 that Bodounov was successfully fined more than C$15,000 in court and charged with the unlawful import of a regulated species. Though less than 1% of civil cases make it to trial, it’s thought that Bodounov is the first person to be charged of this crime.

The fines collected from Bodounov will go toward the Government of Canada’s Environmental Damages Fund. He will also be restricted from trading, importing, or exporting any animals regulated by the Convention on International Trade in Endangered Species of Wild Fauna and Flora (CITES) for the next year.