How 5G Is Expected To Change The Industrial Internet

China is a technological hub. Take Hangzhou, capital of eastern China’s Zhejiang province: the smart city has some of the most advanced technological systems in the world, from traffic lights that automatically adjust to changes in the volume of vehicles on the road — and even ensure that fire trucks and ambulances are not stopped by a single red light during emergencies — to the notifications police officers receive almost immediately after major car accidents occur.

These advances are possible thanks to the city’s Brain project, a cloud computing and artificial intelligence-driven urban traffic-management system. Now that the world is looking toward 5G, which offers peak data rates up to 20 times faster than 4G, the opportunities to apply this connectivity to infrastructure are overwhelming.

“From 2G to 3G to 4G, all of them serve people,” said Cui Kai, a Beijing-based IoT analyst with technology research firm IDC. “But 5G, from the beginning of its infrastructure design, has the internet of things in mind.”

The Internet of Things describes the extension of Internet connectivity into physical devices and everyday objects. Because traffic from wireless and mobile devices is expected to account for more than 63% of total IP traffic by 2021, stateside more than 40% of parents report that their children spend three or more hours a day using digital devices, 5G could revolutionize the world. Global spending on the IoT is forecasted to exceed one trillion dollars by 2022, so industries are jumping at the chance to get more involved.

“The next chapter of IoT is just beginning, as we see a shift from digitally enabling the physical to automating and augmenting the human experience with a connected world,” said Carrie MacGillivray, vice-president for IoT and mobility at International Data Corporation (IDC).

5G networks are expected to serve as “the connective tissue” for IoT, autonomous cars, smart cities, and new mobile applications. In short, it will become the backbone for the industrial Internet thanks to its ability to handle massive amounts of data at ultra-fast speeds. Thanks to 5G’s exceptionally low latency, communication is improved across the world: consumers are able to send and download 4K videos in seconds, self-driving cars are better able to interpret the outside world, and remote applications — such as surgery — can be completed with much greater accuracy.

“Previously, you needed to think about how much data you could send between devices and the cloud,” said Werner Vogels, chief technology officer at Amazon. “With 5G, companies will no longer be constrained. Every device, even your clock on the wall, could become internet connected.” 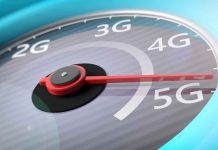 How will improved networks shape the way we use the Internet in the future?