THUNDER BAY – Nationwide voting opens today for ‘Tuned-in Canada: the CCSA Awards’ and Tbaytel has been shortlisted for an award.

‘Tuned-in Canada: The CCSA Awards’ is a project sponsored by the Canadian Communication Systems Alliance (CCSA) and is designed to spotlight the great work performed by CCSA members – local, independent providers of internet, television and telephone services in communities across Canada.

Tbaytel is up against four other nominees in the category of Best story: giving back for their campaign highlighting their community support partnership with George Jeffrey Children’s Centre.  If they are the winner, the prize for their category – up to $2,000 – will be donated to a local charity of their choice. In the spirit of their close partnership, Tbaytel has chosen to donate the prize money back to George Jeffrey Children’s Centre to help benefit local and regional children and their families.

“The CCSA has been running the awards since 2014, and has provided more than $40,000 to winning companies, who in turn have donated their winnings back to the communities where they live and work,” said Jay Thomson, CEO of CCSA. “We hope the citizens of Thunder Bay and surrounding areas will embrace the community spirit at the heart of this friendly competition and bring out the vote to support their local nominee, Tbaytel.”

Nationwide online voting is open at Tuned-in Canada 2019. Voting takes place using SMS authentication and voters can cast one vote per day/deploy all votes until May 17that midnight (Atlantic Daylight Time).  Offline voting forms are also available for individuals who do not wish to participate online. Those who are interested in this option should contact Laura Foulds at laura.foulds@tbaytel.com.

The winners will be announced on May 29th. 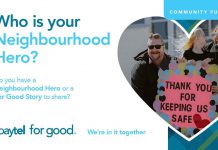 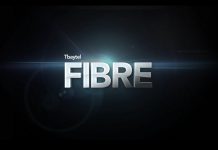 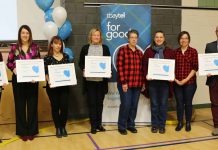