NEW YORK – (Thomson Reuters Foundation) – New York’s skyline is getting a green makeover under a bill adopted on Thursday that imposes massive cuts to the planet-warming greenhouse gases the city’s high rises and other large buildings emit.

If signed into law by the mayor of the United States’ largest city, the measure will mandate that buildings over 25,000 square feet (2,300 square meters) cut greenhouse gas emissions by 40 percent by 2030, relative to 2005 levels.

Buildings are New York’s top emitter of greenhouse gases, according to a 2016 mayoral report, accounting for more than 70 percent of greenhouse gas emissions, which cause global warming. Transportation came second.

Most emissions from buildings in the United States come from the burning of fossil fuels like oil and gas for heating, cooling and the powering of other equipment, according to the U.S. Green Building Council.

The bill is the first of its kind worldwide to require buildings cut and maintain their emissions below certain levels, said Adam Roberts, director of policy with the American Institute of Architects New York, an architecture group.

The bill was celebrated by supporters for its unprecedented scale.

“I’m ecstatic,” said Pete Sikora, a campaign director for the nonprofit New York Communities for Change, a climate justice group that fought for the bill with rallies and research reports.

The move represented “the most ambitious climate legislation enacted by any city in the world”, said the Urban Green Council, a non-profit encouraging sustainability in New York buildings, in a statement.

Some 50,000 buildings out of 1 million would be affected, or about two-thirds of the city’s building area, said the Urban Green Council.

Violators would be fined $268 for each ton of emissions exceeding permitted limits, the bill’s text said.

Certain buildings will be exempt, including places of worship and rent-regulated housing, the bill said.

The Real Estate Board of New York (REBNY), the city’s largest real estate association, expressed its disappointment with the measure.

Business would suffer as a result of “fixed limits (that) will restrict a building’s ability to accommodate growth,” said the group in a statement.

“The approach taken today will have a negative impact on our ability to attract and retain a broad range of industries,” added John Banks, REBNY’s president, in a statement.

The upfront cost to implementing the measure would likely be in the billions citywide, though it was expected to be offset by long-term savings, said a spokesman for City Councilman Costa Constantinides, who spearheaded the bill.

“We can’t put a price on the planet,” said Johnson by email. 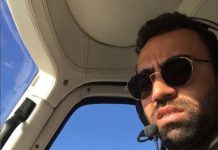 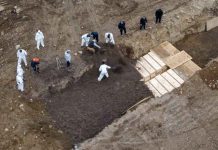