by Xavier Kataquapit
ATTAWAPISKAT – I avoid our two-lane highways like Highway 11 in the north as much as possible during the winter time. There is something frightening in the thought that the only thing that separates me from oncoming traffic is an imaginary line that no one should cross in the middle of the road. One might survive a collision with a vehicle of similar size but there is no chance if you happen to hit a tractor and its trailer. They are like little trains.

Ask most northerners and you will hear many winter stories of near misses and people will also tell tragic stories of family and friends who did not survive the more or less Russian roulette of driving on ice and snow covered two-lane highways.

Most people I talk to in the north about our highways agree that these roadways should be made safer. Every year there are more and more huge transport trucks in long convoy lines on the roads but our governments are not yet responding to these killer highway conditions. Thankfully there are some people who are actively looking for solutions.

A friend of mine from Temiskaming Shores, Mark Wilson recently talked to me about how it is possible to make our highways safer with an innovative and cost efficient idea. He is a member of Going the Extra Mile for Safety (GEMS), a group that is advocating for the creation of a 2+1 road model for Highway 11. The 2+1 road model is essentially a three-lane roadway. One lane always moves in one direction and the two other lanes move in the opposite direction. The two sides of the highway are divided by a barrier usually made of cable. At one section, one side has one lane and the other has a regular lane and a passing lane. Then at the next section of roadway, the divider changes and the passing lane is provided in the other direction. It keeps switching from one side to the other so that throughout the length of the highway, both sides receive an equal opportunity for passing lanes on a regular basis.

The 2+1 roadways have been built in Sweden for the past 20 years in similar conditions to what we face here in Northern Ontario and that country has reduced the fatality rates of their roads by 75 percent. These roads have many other benefits besides saving lives. They are easier to build as compared to constructing enormous four-lane divided highways. A 2+1 roadway uses the existing highway with construction costs that are 75 percent cheaper to build.

On our current two-lane highways if a driver makes a mistake, most often people are killed or badly injured in hitting oncoming traffic. There is nothing to separate vehicles from each other if there is a mishap and things tend to go very wrong on Highway 11 in the winter. Sometimes we can assign blame, sometimes we can’t but in the end, the results are the same, someone can get hurt or killed. The genius of the 2+1 roadway is that when those mistakes occur, the danger is reduced for everyone. If a driver happens to stray from their lane towards oncoming traffic they most probably end up bouncing off the cable divider. This saves lives as two vehicles meeting each other at over 90 kilometres an hour often results in death.

Over the past couple of decades more and more of my family and friends from the First Nations up the James Bay coast are buying vehicles and taking to the southern highways for vacations. Highway 11 is a worry for me as the traffic is heavy and in the winter the road conditions are terrible much of the time.

One of the most tragic stories that affected my family and my community of Attawapiskat First Nation has to do with losing 15-year-old Shannen Koostachin on May 31, 2010, to a terrible accident on Highway 11 that also claimed the life of Rose Thorton of Haileybury. Shannen was well on her way to becoming a talented, strong and passionate advocate for Aboriginal youth in the north. In her memory, a much-needed school was constructed for the young people of Attawapiskat FN. A monument to her is located in New Liskeard in a quiet park facing Lake Temiskaming. I am constantly reminded of people I know who lost their lives on Highway 11 on my drives through the north.

Here in the north, we are all taking our lives into our own hands when we head out onto two-lane highways like Highway 11. To read more about GEMS, go to www.tsacc.ca or contact Committee Chair Helene Culhane by email at heleneculhane@gmail.com or by phone at 705-647-5771. We have the technology, the know-how and the ability to make our roads safer and Mark Wilson along with many other dedicated volunteers are doing their best to promote a great solution for better road safety. Let’s support them in any way we can as the lives of our loved ones depend on it. 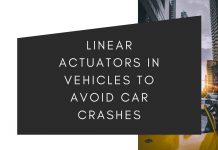 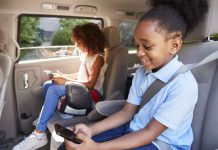