THUNDER BAY – There will be a meeting at Hammarskjold High School to brief parents and guardians of students attending the school. This meeting follows on the eight threat that has caused either a shutdown or cancellation of classes so far in 2019.

The Lakehead Board of Education stated on Twitter that “Hammarskjold High School parents are guardians are invited to attend an information session with regard to the anonymous threat issue on Thursday, April 11. The session will be held in the Hammarskjold gym at 6:30 pm to 8:00 pm.

The Lakehead Board has also stated that until this issue is resolved, there will be uniformed Thunder Bay Police Service officers present at the high school.

Both the Lakehead Board and Crimestoppers have offered rewards seeking to encourage members of the public to come forward in this matter and help put an end to the ongoing situation.

On social media, increasingly parents, and students are expressing their frustration and angst over these ongoing threats that are closing the high school.

The investigation as to the source of these threats has been challenging given that they are anonymous. A tip line has been set up and the Thunder Bay Police encourage anyone with information on these incidents to come forward and assist investigators.

Threats to students and staff at our schools are taken very seriously and require a thorough response by police. These ongoing incidents require a large number of resources and cause a great deal of concern for students, teachers and parents. We are asking for the public assistance in furthering the investigation.

If you know something, say something. Call the Thunder Bay Police special tip line at 684-5001. 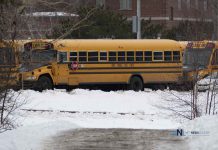 Ontario: School Closures Likely to be Extended Beyond April 5, 2020 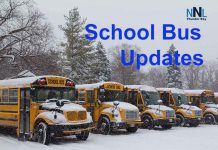 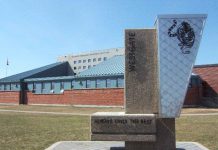 Westgate Collegiate Set to Return to Classes on Tuesday

Lakehead Board of Education Statement on Possible Work-to-Rule Campaign