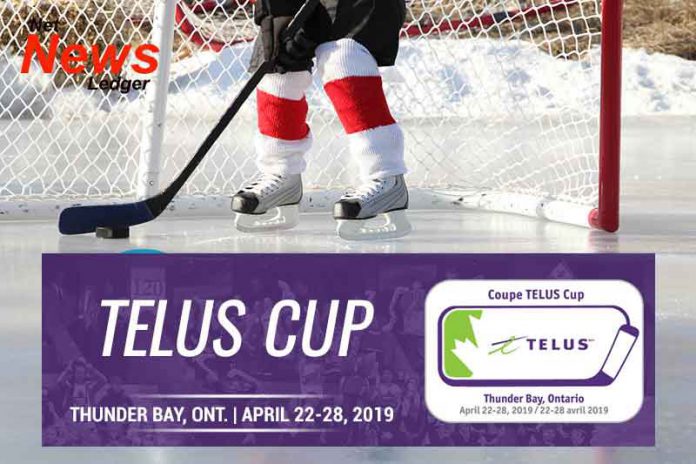 With that, the host Thunder Bay major midget Kings are busily preparing for their next step along the TELUS Cup Trail as they gear up for next week’s West Regional, which runs April 4-7, in Tisdale, Sask.

Joining the host Tisdale Trojans (SAAAMHL) and the HNO champion Kings will be the winners of Manitoba and Saskatchewan AAA Midget Hockey Leagues with a berth on the line to join the Kings at the TELUS Cup in the Lakehead.

The MMHL final sees the Brandon Wheat Kings up 2-1 on the Winnipeg Wild in that best-of-five affair with Brandon looking to punch their ticket to Tisdale Wednesday on home ice in Game 4.

The West Regional winner will earn a berth to the TELUS Cup in Thunder Bay.

Should the TELUS Cup-host Kings prevail at the regional, then the event finalist would also earn a berth to the nationals in the Lakehead.

TELUS Cup ticket packages for the seven-day event are moving well across the city and northwestern Ontario and remain on sale at HockeyCanada.ca/tickets.