“Grand Council Treaty 3 leadership has been following the developments surrounding the potential sale and reopening of the Fort Frances paper mill and the wood rights for the Crossroute Forest.

“All people in Treaty 3 territory should be concerned by the prospect of a single corporation being allowed to take steps to consolidate its control over a forest it does not own. The Crossroute Forest was licensed to Resolute Forest Products with an explicit condition that its timber would supply the Fort Frances mill, which Resolute shut down in 2013.

”In some ways, this condition reflects Manito Aki Inakonigaawin  the resource law of the Anishinaabe Nation in Treaty 3. Our traditional law calls for the use of our resources to be authorized by the Anishinaabe people, which is a clear reflection of the principle of free, prior and informed consent. Our law also requires that our natural resources return economic support and benefit to those who live in our territory.

”This license condition does not appear to have been honoured. Resolute not only closed its Fort Frances mill, but has been cutting trees from our forest for its operations outside of Treaty 3. It is unclear who authorized this change. Certainly, no authorization for this arrangement was ever sought from the Treaty 3 First Nations, nor would an authorization likely have been granted, because our traditional law requires that our resources support the local economy of our territory.

”Treaty 3 itself, signed in 1873, reflects a sacred promise between settler governments and the Anishinaabe to share our resources for the mutual benefit of those who live here. The province recently entered into a resource revenue-sharing agreement for forestry royalties with the Treaty 3 First Nations, as a further reflection of this commitment.

”As treaty peoples, we share duties as stewards of these lands, and in return we derive its benefits. A single corporation was never granted unfettered control over this public resource, nor should it be allowed to gain such control by planning for the demolition of a key economic asset that it is supposed to be supporting when a willing buyer is willing to reopen it.

”Many in our region are rightly concerned that Resolutes intent is to demolish the Fort Frances mill for this purpose. This is unfair, and an affront to our understanding of the Treaty. A single business deal cannot be allowed to undermine First Nations place in the economy and governance of our territory. The timing of these events is unsettling. Resolute appears to be working to eliminate its Fort Frances mill before the Enhanced Sustainable Forest License system is in place for the Crossroute, which provides a formal voice for First Nations and other communities in the management of their forest.

“These lands and their resources are to be shared and prioritized for the communities of this region. Thats why our people need to have a voice in this transaction for the mill  because, in truth, it is a transaction about access to our resources. We look to the province and other leaders in the region to facilitate an operational future for the Fort Frances mill that allows all Treaty 3 people to share in the economic promise of our forest resources.” 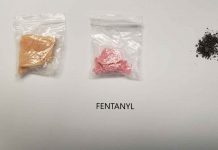