KENORA – From Monday, March 11, 2019, through Sunday, March 17, 2019, officers from the Kenora Ontario Provincial Police (OPP) detachment will be participating in the March Break Distracted Driving Campaign. Although officers patrol highways all year and look for distracted driving, this annual OPP-led initiative is used to highlight the issue in our communities.

Despite the recent focus on prevention through education, distracted driving is still a leading cause of fatalities on our highways. In 2018, 55 people were killed in crashes caused by inattentive driving on OPP-patrolled roads. Last year’s distracted driving campaign resulted in 2,470 distraction-related charges province-wide, 24 of these in the Northwest Region.

This year the penalties for distracted driving have increased. As of January 1, 2019, the minimum penalty rose to $615 from $490, with three demerit points on a first conviction and six demerits if the driver has been convicted of the same offence in the past five years. Distracted driving charges also come with license suspensions, three days for a first conviction, seven days on the second, and 30 days for the third. Novice drivers face the same fines, but longer suspensions in lieu of demerit points.

While Ontario’s distracted-driving laws, Sections 78 and 78.1 of the Highway Traffic Act (HTA), only apply to drivers using hand-held communication/entertainment devices and certain display screens, distracted driving refers to all forms of distracted or inattentive driving.

Drivers are reminded that their primary activity needs to be driving while on the road. Additional tasks such as adjusting a vehicle’s GPS or stereo, eating and drinking, self-grooming, or tending to children while behind the wheel may not get you charged with distracted driving, but if it impacts your driving ability it will be looked into as careless driving. In Ontario, you can be charged under HTA section 130 and face a $400-$2,000 fine, up to six months in jail and an up-to-two-year licence suspension. You could also be charged with dangerous driving under the Criminal Code of Canada. 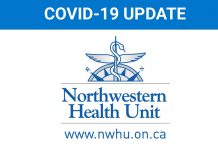