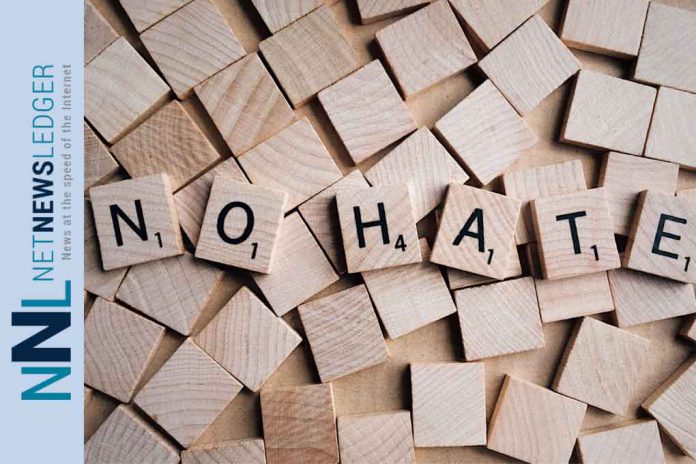 THUNDER BAY – OPINION – Thunder Bay has another dubious honour. According to Statistics Canada, Thunder Bay has topped Canada’s cities in terms of reported hate crimes for 2017.

This news comes despite efforts to improve things in our city that many partners have been working hard to make a difference. The City of Thunder Bay Police has been stepping up their efforts on a number of areas. The City has been working on expanding efforts as well. Last week, the Anti-Racism and Inclusion committee announced five new members.

There have been increased efforts to get people to recognize what exactly a Hate Crime is, as well as efforts to encourage people to report hate crimes.

“Hate-motivated crimes and incidents are activities that cause or threaten harm to the security, property, or dignity of an identifiable group or someone perceived to be a member of that group. Persons targeted by hate-motivated crimes and incidents are deeply affected, sometimes for life. Targeting a person or group’s identity can strike fear into an entire community of people.

“The Thunder Bay Hate Crimes Awareness Committee (TBHCAC) formed in 2013 as a grassroots response from citizens concerned about hate-motivated crimes and incidents in our city. The TBHCAC is working to:

The hate crime ranking for Thunder Bay is one where the ranking has repeatedly put our community into a very negative light across Canada.

Statistics Canada says that there were twenty-one incidents which were recorded at hate-related that were reported to Thunder Bay Police in 2017. This makes for a rate of 17.4 incidents per 100,000, which is the highest in Canada for major cities. The nominal rate for reported hate-related crimes and incidents in Canada is 6.9 incidents per 100,000 in population. The ranking while down from a high of 23 incidents in 2015 is still higher than it should be, and nearing triple the rate of the average Canadian city.

Thunder Bay faces challenges. We have to rise up to those challenges. That means moving toward solutions. Last week touring downtown Fort William with a visitor from outside of the city the comment that “it is easy to understand why there is racism here”. Walking in the downtown south core is often to be asked “want percs?” or “Got money?” or “Got Smokes?”. Older people often feel very nervous to walk the sidewalks.

Some of that nervousness likely are the seeds that plant racism. It is likely important that the downtown business association, along with the Crime Prevention Council, and the Thunder Bay Police Service all work together toward making sure our downtown areas are freer of the drug dealers and their destructive activities.

Thunder Bay has serious issues with addiction. Our community also struggles due in part to a lack of support for people arriving in our community from the outlying areas. Far too often people move to Thunder Bay seeking to start a better life, but a lack of support in our city from all levels of governments restricts many of the choices they can make.

There is a real need in Thunder Bay to start working toward solutions.

Thunder Bay has been working to make changes in how our city reacts and responds to hate crimes. From the figures, those efforts are making slow and steady ‘baby-steps’ toward solutions.

Building bridges are one of those steps. Lots of that is being done, and it is needed.

The Thunder Bay Police Service has been for months, under the leadership of Chief Haith making noticed progress.

The TBPS is facing criticism from some sectors, but some of those attacks are more based on history and events that happened long ago. That is not to say that the Thunder Bay Police have instantly transformed into a perfect police service. It is to say however that progress is happening, and we all need to endorse, support and encourage that progress.

It is worth noting that if there are issues with the Thunder Bay Police Service that those making accusations should be coming forward. The TBPS and the City of Thunder Bay are working toward solutions and a better way of doing things. Making charges online but doing nothing to effect change is only endorsing the status quo. The problem has been the status quo being in place for far too long.

It is important that across all levels of Thunder Bay the attitude that “hate is everywhere” isn’t used as an excuse. That mantra has made it across many levels in our community, almost as a way to justify what is happening and how hate, racism and prejudice is somehow something that we really can’t do anything about.

There is an old rule, the “Eighty-Twenty Rule” which suggests that eighty percent of the work is done by twenty percent of the workers. Likely there are similar factors which could be said for Thunder Bay. The vast majority of people, and of course police officers in our community are not racist.

It is the same in our Indigenous community. Simply put if all of the dollars for events, shopping, meetings and hockey tournaments were to stop, our economy would hit a wall.

There are the vast majority of people in our city who are working hard to just make their lives and the lives of their family members better. We all need to be working toward solutions that will achieve and assist in that effort.

We all need to step up our game. If you hear someone making comments that are racist in nature – step up. Say something. Walk away if needed. On social media, it is time to simply step back and reflect that words and ignorance can not thrive when it is called out.

Statistics Canada says, “After steady but relatively small increases since 2014, police-reported hate crime in Canada rose sharply in 2017, up 47% over the previous year, and largely the result of an increase in hate-related property crimes, such as graffiti and vandalism. For the year, police reported 2,073 hate crimes, 664 more than in 2016. Higher numbers were seen across most types of hate crime, with incidents targeting the Muslim, Jewish, and Black populations accounting for most of the national increase. These increases were largely in Ontario and Quebec.

The agency says that “Police-reported hate crimes refer to criminal incidents that, upon investigation by police, are found to have been motivated by hatred toward an identifiable group. An incident may be against a person or property and may target race, colour, national or ethnic origin, religion, sexual orientation, gender identity or expression, language, sex, age, mental or physical disability, among other factors. In addition, there are four specific offences listed as hate propaganda offences or hate crimes in the Criminal Code of Canada: advocating genocide, public incitement of hatred, willful promotion of hatred, and mischief motivated by hate in relation to property used by an identifiable group”.

Canada’s population has become more diverse as the proportion of Canadians who report being foreign-born, non-Christian, or gay, lesbian, bisexual or in a same-sex relationship continues to grow. For example, one-fifth of Canada’s population was foreign-born in 2016 and, by 2036, this could range from 24.5% to 30.0%.

Since comparable data became available in 2009, the number of police-reported hate crime has ranged from a low of 1,167 incidents in 2013 to a high of 2,073 in 2017. Despite the large increase, hate crimes in 2017 represented a small proportion of overall crime at 0.1% of the more than 1.9 million non-traffic crimes reported by police services that year.

Racism is a factor across Canada. Long gone are the days, when a Canadian could smugly point a finger at the United States and claim Canada isn’t a racist country.

Moving forward, it is hard to understand how come in 2019, there are still people carrying forward attitudes that should have died off decades ago, but if we all work together we can make our Thunder Bay, our Ontario, and our Canada into the kinds of places we can all be proud to call our home.

Uncovering the Past, Building a Better Future: The Importance of Truth and Reconciliation

Racism takes its toll on brain and body

Has Thunder Bay Made Real Progress Against Racism?