THUNDER BAY – The resignation from the Trudeau Government’s cabinet of Jane Philpott has hit social media like a political hurricane.

“My confidence in the Prime Minister remains untouched. I stand by him and believe in his ability to lead a government that delivers for all Canadians. I am sorry to see one of my Cabinet colleagues step down and I wish her the best.

“I am grateful that the constituents of Thunder Bay-Superior North placed their confidence in me and I will continue to work hard on their behalf and on behalf of all Canadians to make sure everyone has a fair chance at success.”

The decision has shocked many people in the political world.

The resignation of @janephilpott is a major loss. We worked together on many key files including First Nations child welfare, improving drinking water & improving the quality of life for First Nations. She acts with integrity, honesty and commitment in all her efforts. #cdnpoli https://t.co/hheruorSpo

Liberal MP Celina Caesar-Chavannes, who just announced she is not seeking re-election tweeted:

❤️ When you add women, please do not expect the status quo. Expect us to make correct decisions, stand for what is right and exit when values are compromised. Thank you @janephilpott for articulating this beautifully. +1 https://t.co/hyVSB4MREk

Jane Philpott’s resignation underscores the need for a public inquiry now more than ever. It raises serious questions about PM Trudeau’s interference & the LPC government’s commitment to reconciliation with Indigenous people. Canadians deserve a government on their side #LavScam

As a dear friend and often quoted political figure just shared – “It’s worse than we could have hoped for”.

Thank you to the @liberal_party for orchestrating the fastest recorded implosion of a political party ever in the history of our great nation.

And a nation rejoices! 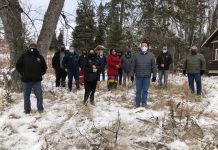 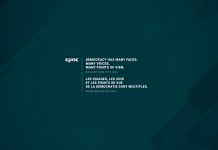