OTTAWA – “With the introduction of Bill C-92 today, we mark an historic turning point for First Nations, Inuit, and Métis children and families,” says Seamus O’Regan, Minister of Indigenous Services. “Bill C-92 will finally put in law what Indigenous peoples across this country have been asking of governments for decades: that their inherent jurisdiction over child and family services be affirmed so that they can decide what is best for their children, their families, and their communities”.

“The overrepresentation of Indigenous children in foster care in this country is a crisis, and we cannot sit idly by. While Ottawa can be a place of partisanship – I know that Parliamentarians of all stripes would agree that this work is well beyond our divisions. An entire generation of Indigenous children and youth are counting on us get this right. We cannot let them down,” added Minister O’Regan.

Minister O’Regan has only been Indigenous Services Minister a short time. He has however repeatedly expressed that change is needed and that Canada can do better. He made that statement in Thunder Bay at a meeting with Cat Lake First Nation leadership over the health and housing crisis in that Northwestern Ontario Community.

The over-representation of Indigenous children in care breaks down this way: First Nation, Inuit and Métis children represent just 7.7% of all children under 15 in Canada, and yet they make up 52.2% of children in foster care according to Census 2016.

Statistics show that in the far north of Canada those levels of children in care are far greater. There are parts of the north where the level of children in care is at the 100 per cent level. There have been cases where youth in care have been mistreated, abused, and in some extreme cases fallen through the cracks in the system and ended up missing, murdered, or found dead.

The current approach too often sees Indigenous children separated from their families and communities on the basis of poverty, inter-generational trauma and culturally biased child welfare. This proposed bill seeks to reform this approach and promotes a shift from apprehension to a system built around preventative care.

Bill C-92 establishes principles that include the best interests of the child, cultural continuity, and substantive equality. These principles would guide how services are delivered to Indigenous children in all jurisdictions and regions of the country, while aiming to reduce the number of children in care.

This proposed Bill seeks to affirm the inherent rights of Indigenous peoples to exercise jurisdiction over First Nations, Inuit and Métis child and family services, support communities in pursuing self-determination and in making their own laws regarding child and family services. It is designed to increase efforts to address the root causes of child apprehension, and to reunite children with their parents, extended families, communities and nations.

Bill C-92 is the culmination of extensive engagements with partners, which began with the January 2018 Emergency Meeting on Indigenous Child and Family Services. As a result, the federal government committed to six points of action to address the over-representation of Indigenous children and youth in care, including exploring the co-development of legislation on Indigenous child and family services. Engagement with Indigenous partners, provinces, territories, and experts is ongoing, and will continue after the Bill receives Royal Assent.

The legislation has the full endorsement of the Assembly of First Nations National Chief Perry Bellegarde. “This legislation is first and foremost about First Nations children and their safety, their security and their future,” stated the National Chief. “The tragedy of thousands of First Nations children in care tells us we need a new approach. This legislation will recognize First Nations jurisdiction so they can build their own systems based on their own governance, laws and policies. Our focus has to be on prevention over apprehension, and keeping children close to their cultures and families. We need investments to support this work, and we need everyone to support this approach. The time is long overdue for First Nations to finally regain responsibility over our children.”

“We acknowledge the efforts of Canada to incorporate the input from First Nations, Métis and Inuit into this law,” states Anishinabek Nation Grand Council Chief Glen Hare. “We share Canada’s concerns in relation to First Nation children and youth in care and the devastating effect this has on our families and our Nations.”

The introduction of Bill C-92 is an important step forward by the Government of Canada in recognizing First Nation inherent jurisdiction. This act affirms the rights and jurisdiction of Indigenous Peoples in relation to child and family services and addresses cultural continuity and substantive equality.

“I am proud of the work the Anishinabek Nation has achieved in exercising our inherent right for the care of our children,” expresses Grand Council Chief Hare. “Our Child Well-Being Law is a priority for the Anishinabek Nation — always has been and will continue to be. The effort to assert jurisdiction for our children to thrive has been relentlessly driven by our communities.”

“With this legislation, we will be able to depart from the current system and move into a more culturally appropriate, Indigenous-led system, allowing us to assert full control over child and family services.” said Ontario Regional Chief RoseAnne Archibald. “The child welfare crisis is a top priority for our communities and this federal legislation is very important. Through first examination, we see positive aspects of this legislation, however there are aspects that need serious work.”

“Upon reviewing this legislation, there is no binding funding obligation. Nothing guarantees that the funding for our children will be needs-based and equitable, rather than discriminatory,” said Regional Chief Archibald. “If there is no funding tied to the legislation, then we risk not being able to exercise our jurisdiction, resulting in a missed opportunity. Generations of our children have grown up under discriminatory federal funding as shown by the Canadian Human Rights Tribunal. We need the funding obligation in order to ensure that First Nations children and families within Ontario receive the services they need to thrive.”

“Our focus has to be on what’s best for First Nations and our children and youth and we must ensure that our children and youth are connected to their languages and cultures. The way forward is with community driven solutions and funding within the legislation to do so,” said Regional Chief Archibald. “The bill introduced today in Parliament improves on the draft we last saw. It is much closer to respecting our jurisdiction over children and families, and provides a route to exercise that jurisdiction yet still create space for coordination with our provincial and federal partners.”

The proposed legislation does not have unanimous support with Indigneous leadership across Canada. The Assembly of Manitoba Chiefs are unimpressed.

“As First Nations, we have always possessed our own laws, languages, principles, customs, standards and ways of being and we are now in an era of reconciliation that requires restitution,” said Grand Chief Arlen Dumas.

The draft bill does not begin from a perspective that reconciles our sovereign inherent First Nations rights as the first peoples of Turtle Island, which are what we exercised and the Crown acknowledged through the entering of nation-to-nation Treaties. It does not meet the immediate need in addressing the humanitarian child welfare crisis in Manitoba.

The draft bill is contrary to the Manitoba First Nation grassroots Bringing Our Children Home Act. First Nations of Manitoba will continue pursuing the approach it has launched. Our Act was created through engagement with First Nations citizens, directed by the AMC Women’s Council, and guided by the AMC Elders Council and Steering Committee members who are experts to child welfare in Manitoba.

“What’s been announced today in Ottawa is still the status quo of government officials. If the government wants to have true nation-to-nation relationships with First Nations, they need to respect that we have a responsibility to our First Nations children and we have the answers and solution to fix a broken system that was created by both levels of government,” said Chief Francine Meeches, chair of the AMC Women’s Council.

In November 2018, Indigenous Services Canada publically promised and guaranteed that our Manitoba-specific federal legislation Bringing Our Children Home Act would be supported and that we would find a way to ensure it would be honoured and implemented and we expect nothing less,” added Grand Chief Dumas.

Nishnawbe Aski Nation (NAN) Grand Chief Alvin Fiddler says “We acknowledge the commitment of the Government of Canada to begin to address the inadequacies of Indigenous child welfare and fulfill its commitment to introduce legislation. There are positive aspects to Bill C-92, but it fails to fully recognize the role our families and communities have in caring for and protecting our children. The bill fails to affirm exclusive First Nation jurisdiction over our children and implies that non-Indigenous governments can determine outcomes for Indigenous children. This legislation does recognize the need for children in care to maintain strong connections to their communities, but ultimately it continues to enforce a status quo system that can override First Nation jurisdiction. We look forward to addressing our concerns with the Minister and are hopeful that the necessary amendments will be made.”

Cindy Blackstock says, “This sounds good but the problem is that the federal services like housing, water, education, etc. are so under-funded that the socio-economic conditions will weigh down on families putting more children at risk. There needs to be a federal commitment to the Spirit Bear Plan. Prevention services should always be exhausted before considering removal of a child of any age but this assumes the services are available, adequately targeted to need and family is at a place to accept them.”

“I am cautiously optimistic with today’s introduction of Bill C-92, said Grand Chief Settee. I commend the outstanding work of Jane Philpott, the former Indigenous Services Minister, on the child welfare file, and thank the current Minister, Seamus O’Regan, for introducing the Bill in the House of Commons today. At the press conference with the national Indigenous organizations and government officials following the introduction of the Bill there were many platitudes and congratulatory messages conveyed. However, MKO is looking forward to conducting further due diligence, and further engagement if necessary, to ensure that the voices of the MKO leadership and families are reflected in the Bill. There still remain serious obstacles to overcome before implementation of the Bill. I remain concerned with the timelines for royal assent, with the Treasury Board funding process and with support for the Bill from the Senate,” said Grand Chief Settee.

Grand Chief Settee continued, “I am most concerned, however, with reluctant provinces, including Manitoba, that may not agree with provisions in the Bill, which have been shared with MKO ,that affirm the rights and jurisdiction of First Nations over child welfare matters. “MKO looks forward to continuing discussions with the Manitoba government in the context of the current federal and provincial child welfare legislative measures, and how we can arrive at a bilateral or tripartite agreement, or Accord, that would recognize northern Manitoba First Nations rights and jurisdiction over Child Welfare,” concluded the MKO Grand Chief. 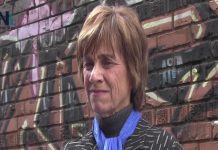 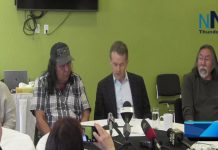 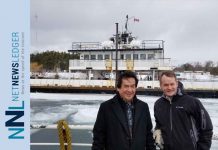