Beecher Bay, BC — Crown-Indigenous Relations and Northern Affairs Canada states that as a part of honouring Canada’s lawful obligations to Indigenous people and working collaboratively to settle outstanding claims is key to achieving reconciliation with Indigenous people in Canada.

“This settlement is an important step for our people and our Nation. In the case of Section 49, Canada’s surveyors cut off a portion of our reserve that they were meant to protect. This is a wrong that has affected our community and our Nation for generations. For the last 141 years, BBFN has been working hard to right this wrong. In reaching a resolution with Canada today, we have our ancestors, and the many, many people who have carried this work forward to thank and acknowledge,” says Chief Russ Chipps, Beecher Bay First Nation.

The specific claim, which was accepted for negotiation in July 2013, alleged that Canada breached its fiduciary duty to Beecher Bay First Nation when 3.95 acres were omitted from the 1878 survey of the First Nation’s reserve.

The settlement agreement provides the First Nation with $2.99 million in financial compensation, and these funds may be used to benefit Beecher Bay First Nation’s community, such as to purchase land or invest in new opportunities for community and business development that will benefit its members and the local economy.

Negotiated specific claim settlements help right past wrongs, renew relationships and advance reconciliation for the benefit of all Canadians.

“Acknowledging and addressing historical wrongs that have occurred because of Canada’s colonial past is a critical part of the journey ‎of reconciliation we must take as Canadians. This settlement with the Beecher Bay First Nation shows how important it is to work together to resolve outstanding issues. We congratulate Chief Chipps and his council and commit to walking beside them as they realize the inspiring vision for their community,” says Carolyn Bennett, M.D., P.C., M.P, Minister of Crown-Indigenous Relations 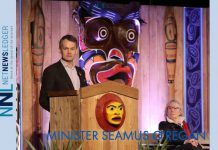 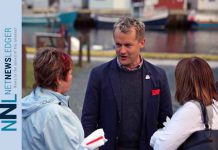 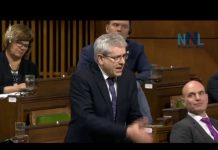