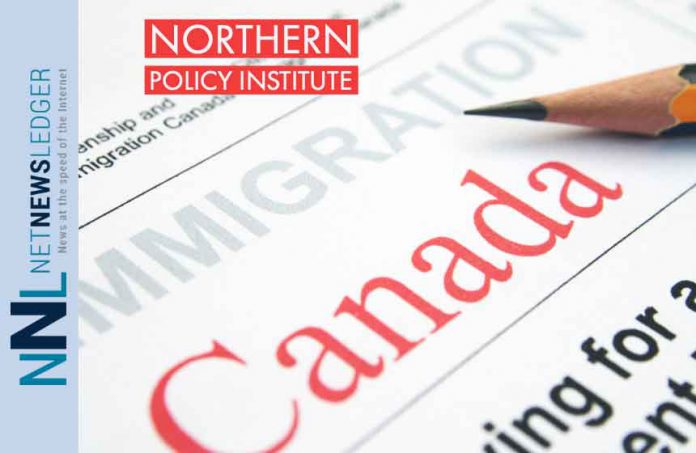 THUNDER BAY – BUSINESS – Northern Ontario’s population is facing a large demographic shift. Baby boomers, born in the two decades after World War II, are coming into retirement and, as a result, the region is becoming disproportionately older because later generations are smaller in size. The 11 Northern Ontario districts require a comprehensive, coordinated and inclusive newcomer attraction and retention strategy.

Northern Policy Institute has already determined the need for such a strategy in Part One of their “Northern Attraction Series”. Part Two of the series identified Ontario’s strengths and weaknesses in the attraction of newcomers to the North. The most recent commentary in the series, Evaluating the Suitability of Provincial and Federal Immigration Programs for Northern Ontario, analyzes the federal Express Entry program and the Ontario Immigrant Nominee program (OINP) to identify gaps that may hinder newcomers from coming to the North.

Author Christina Zefi states that these programs do not match Northern Ontario’s unique economic and social challenges. With the Express Entry program, Ontario is allocated 6,660 spots, however out of the immigrants that arrive in Ontario through the program, the majority settle in the Greater Toronto Area.

The commentary also examines the Manitoba Provincial Nominee Program (MPNP), the Atlantic Immigration Program (AIP) as well as the Saskatchewan Immigrant Nominee Program (SINP) in order to determine a list of best practices.

The commentary found that Northern Ontario could benefit from similar practices of the AIP, including the Labour Market Impact Assessment exemption. This exemption allows eligible candidates to have an LMIA-exempt, one year, employer-specific work permit. The AIP also encourages stronger messaging on the importance of Northern, rural and remote immigration.

Lastly, the commentary suggests that a Northern Ontario specific nominee program could be constructed to allocate at least 1,500 spots from Ontario’s PNP.

The fourth and final commentary in the Northern Attraction series will be published in the coming months. The commentary will explore best practices and strategies that smaller communities can employ to attract newcomers.

Read the full commentary, “Evaluating the Suitability of Provincial and Federal Immigration Programs for Northern Ontario” at www.northernpolicy.ca/northernattraction3