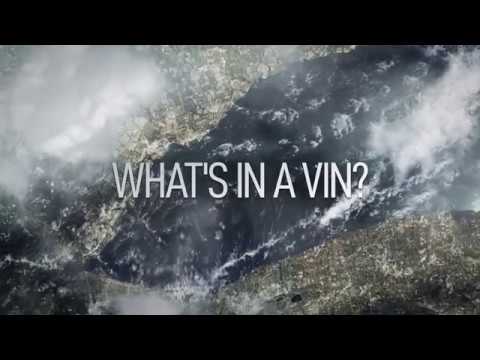 TORONTO – Unifor has launched a boycott of Mexican-made General Motors (GM) vehicles to protest the automaker’s plans to slash Canadian and American manufacturing while expanding production in Mexico. “GM is arrogant enough to think it can rob Canada of jobs without repercussions,” said Unifor National President Jerry Dias. “GM is making a choice to increase manufacturing in Mexico while it abandons communities that have supported it for generations, but make no mistake Canadian and American consumers also have a choice.”

Unifor says that “The boycott call is specific to vehicles manufactured in Mexico to send a message to GM that its customers will not be party to the exploitation and betrayal of workers”.

At a time of record profits, GM plans to throw thousands of Canadians out of work with the closure of its top-quality Oshawa plant and four U.S. Facilities while the company expands in Mexico to take advantage of low pay and a lack of human and labour rights.

“GM is doubling down on the exploitation of Mexican workers before CUSMA comes into effect,” Dias said at a Toronto media conference. “Oshawa Assembly is a high-performing, viable plant that Greedy Motors is walking away from solely to inflate profits by paying Mexican workers poverty wages.”

Unifor continues to ask consumers to show their support by purchasing North American union-made vehicles. The union also debuted a new television commercial that outlines how to identify where your vehicle is made through its VIN number. “If the VIN starts with 3, it’s not for me!”

“We’re asking all Canadians to take this stand in defence of our jobs and in defiance of international corporations that seek to raise profits by lowering the bar for workers,” said Dias. 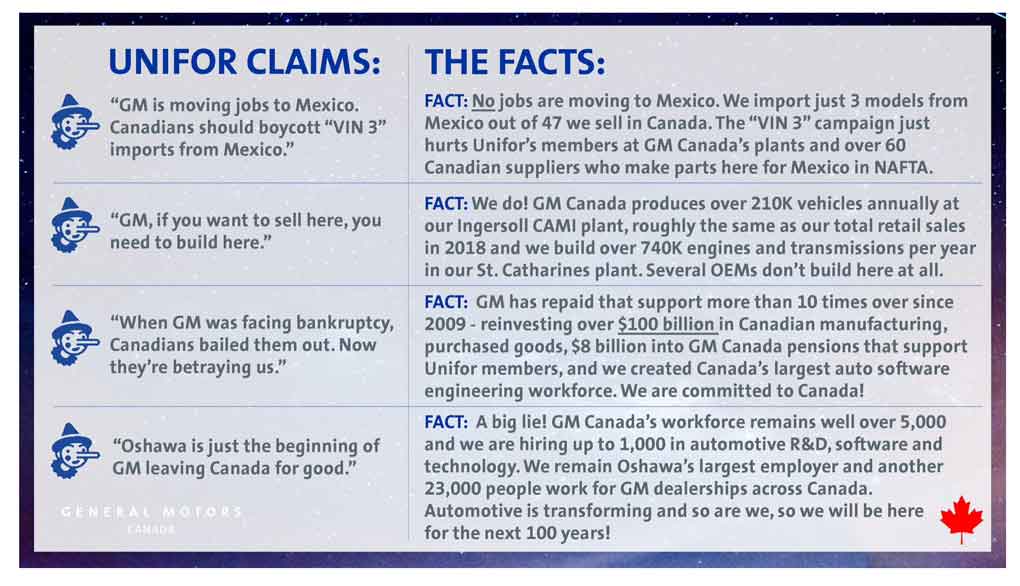 General Motors says, “General Motors is committed to Canada and we build where we sell. Our Canadian workforce is still well over 5,000 people and we will remain one of Oshawa’s largest private sector employers. Beyond Oshawa, we manufacture vehicles, engines and transmissions in Ingersoll, Ontario and St. Catharines, Ontario. Our vehicle production in Ingersoll alone is roughly equal to our retail sales in Canada. Another 23,000 Canadians are employed by GM dealers across Canada.”