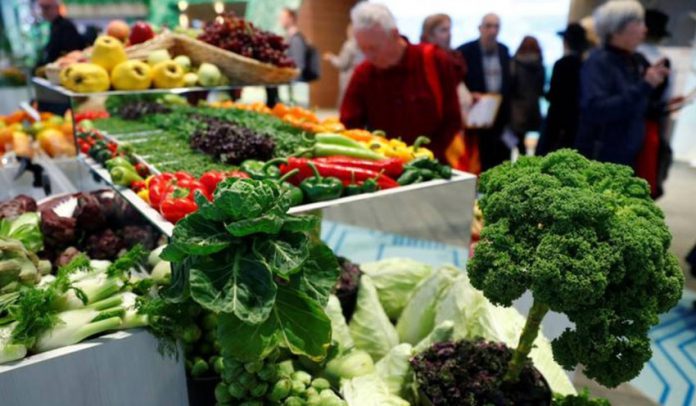 After years of celebrating our agricultural know-how, the guide has gone urban – and is more than a little patronizing

Almost 12 years after the launch of the previous version, the new Canada’s Food Guide celebrates food by displaying a plate filled with greens, fruits, plant proteins and grains. And if you look very carefully, you’ll see a cup of yogurt alongside a piece of beef that looks a little like a piece of wood.

Unlike the old version, the new guide can apply to different demographic groups and lifestyles.

In a somewhat less innovative vein, it also encourages Canadians to cook, eat with other people, and consider water as their drink of choice.

In all, the new food guide is a bold move from Health Canada, but it still misses the mark in some areas.

The plate concept is clever. Few Canadians could tell how big portions should be in the old version and many can relate to the size of a plate.

Dominated by vegetables and fruits, grains and proteins are now sidekicks. And, as expected, animal-based proteins are now second fiddle to plant-based proteins. Dairy and meat products have lost the protein wars, which means that in Ottawa, Health Canada won over Agriculture and Food Canada, probably for the first time.
Nutrition-conscious minds prevailed, for better or worse.

The guide has always showcased our agricultural know-how, beginning with the first edition in 1942. Then, not only did almost 30 per cent of our population live on farms, but nearly 30 per cent of our national gross domestic product came from agriculture. It was expected that the government promote commodities grown in our backyard. That guide displayed products we all knew: milk, fish and meat.

Now, less than two per cent of Canadians live on farms and agriculture represents a fraction of our national GDP.

The tone of this new guide is different as well – it embraces a different language: the nutrient-focused jargon Health Canada believes Canadians are ready for.
Fibre and proteins are at the core of this new publication. The guide has gone urban for the first time. It’s more contemporary, multicultural and adaptable to varying modern diets.

For the Liberal government heading into an election in the fall, this city-friendly platform will do no great harm, only alienating regions that historically support the Conservatives.

There are some weak points in this new guide, though. Some of it is quite condescending, with trite advice only an idealistic health professional would give. Phrases like “Enjoy your food,” “Be mindful of eating habits,” and the patronizing “Be aware of food marketing” are prominent.

As the guide became more sophisticated about what we should be eating, it also got a little smug, treating all Canadians like five-year-olds. The food industry spends billions on marketing and the average Canadian sees roughly 1,500 advertisements a day. Is Health Canada suggesting Canadians can hide from all of this for the sake of eating better?

And in the new guide, Health Canada is at odds with the buy-local movement.

Eggs, poultry and milk are by far the biggest losers. Supported by supply management, our grandiose protectionist policy that allows us to produce what we need, these sectors may end up overproducing in just a few years. As we institutionalize a new message, behaviours will change. Domestic production of these commodities may require recalibration soon and many of our farms could disappear.

On the fruit and vegetable front, things could get tricky as well. We’re highly vulnerable due to our dependency on imported fruits and vegetables, especially in winter. It’s the most volatile food category for consumers. For example, lettuce prices went up by a whopping 39.4 percent over 12 months in Canada. These price shifts are hard for consumers to cope with.

We need to raise our veggie game in Canada – fast.

So the new food guide is a step forward, despite the dash of demeaning comments.
Now if we can get Health Canada to review the guide every five years like most other industrialized nations, perhaps it will stop treating the release like it was revealing the location of Cleopatra’s tomb.

Sylvain Charlebois is scientific director of the Canadian Agrifood Foresight Institute, a professor in food distribution and policy at Dalhousie University, and a senior fellow with the Atlantic Institute for Market Studies. 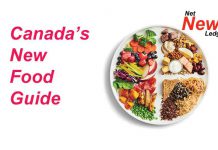