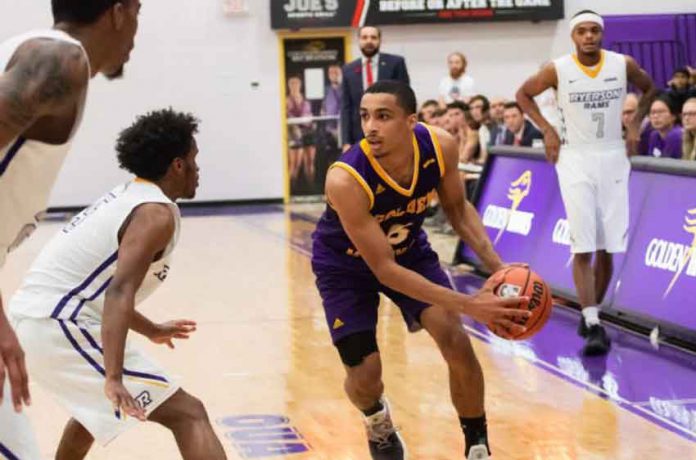 TORONTO – SPORTS – Ali Sow of the Laurier Golden Hawks men’s basketball team and Katerine Savard from the Montreal Carabins women’s swimming squad are the
U SPORTS Male and Female Athletes of the Week for the period ending Jan. 20, 2019

Sow has been a force in the OUA this season, and this past weekend, he continued his incredible run that has seen him score 36 or more points in three straight games thanks to a pair of all-star performances. In a pair of games against the Algoma Thunderbirds, Sow couldn’t be stopped, and in lighting up the scoreboard, helped his Laurier Golden Hawks to a pair of important wins. In the opener, the second-year player racked up 37 points on 55.6 percent shooting from the field, including nearly 40 percent from beyond the arc. He also tacked on four rebounds and a pair of steals in his team’s 21-point victory.

As an encore, Sow somehow outdid himself, posting 41 points on 65.2 percent from the floor and 61.5 percent from deep. The reigning OUA Rookie of the Year had seven of his 41 points in overtime, as Laurier rallied to pick up the sweep on Saturday, with the 40-plus point effort making him just the second Golden Hawk to record 40 or more points in a game twice in a season since 1978. Sow ranks second in the nation with 26.8 points per game, with his season point total ranking third all-time in Laurier’s program history. With eight games still to play, the Ottawa, Ont. native needs only 38 points to break the team’s current record of 466.

Savard stood out at the fourth and final RSEQ meet of the season before the conference championship. The swimmer from Quebec City finished the competition with four medals around her neck, including three gold. The preschool and elementary school education student won the 200m freestyle, 100m butterfly and 4x100m freestyle relay events, and finished second on the podium in the 4x100m medley relay. Savard was also named the Most Outstanding Female Athlete of the competition, as well as helping her team finish first in the overall women’s standings.