By Sonia Elks
LONDON – INTERNATIONAL – (Thomson Reuters Foundation) – The arrival of a baby box full of useful products is a rite of passage for expectant Finnish parents – but they are tainted by abuse of workers creating many of the goodies inside, said a campaign group on Tuesday.

More than a quarter of products from the government-issued boxes, where sourcing could be traced, were linked to abuses ranging from excess overtime to unsafe conditions in factories, an investigation by Finnwatch found.

It said that Kela, the social services agency which organizes the boxes, had neglected corporate responsibility issues when sourcing items.

“I think there was a lack of knowledge and maybe a lack of willingness to look into these things,” executive director Sonja Vartiala told the Thomson Reuters Foundation.

“Many people are interested in what kind of products they are buying when it comes to social responsibility issues and I think people would think the government takes these issues into consideration”.

Kela said it already required companies bidding to supply the boxes to produce items legally and responsibly, and it would be tightening the criteria further.

“We believe it’s important to work with Finnwatch and others like it and will seek further to adopt the recommendations made in the report,” said spokeswoman Petra Elomaa.

Finland’s government has offered all parents-to-be a baby box since the 1930s when child mortality was high.

They contain products such as baby clothes, a sleeping bag, and nipple cream while the box itself can serve as a child’s first cot.

Also among the lucky recipients in 2013 were Britain’s Prince William and his wife Kate Middleton as they prepared for the arrival of their first child.

Finnwatch contacted the firms which produced all 63 products in the 2018 box with requests for sourcing information and copies of audit reports for the factories making the goods.

They received data relating to 40 of the products, of which 12 were produced in factories where audits had found worker rights were not properly protected.

Two firms which produced the remaining 23 items did not respond to requests for information.

Many of the products were made in countries with a high risk of labour abuse and slavery, including China, Pakistan and India, Finnwatch said.

It said that although Kela had introduced new responsibility requirements in the tender for the 2020 baby boxes they did not address problems such as excessive overtime or inadequate wages.

Groups campaigning against labour abuses said public bodies must be aware of sourcing issues when creating tenders – invites for companies to bid for work – to ensure they are not facilitating exploitation. 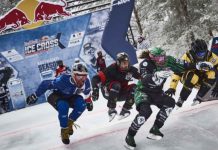