TROY, Mich. – The Thunder Bay Kings were involved in a pair of one-goal games Saturday in Round 5 play in the North American Prospects Hockey League in Troy, Mich.

The U-16 contest was scoreless through one period of play before Jeremy Dunmore put the Kings in front with the lone marker of the second stanza.

The lead held up until 18 seconds to go in regulation when Everett notched the equalizer during a late man-advantage opportunity.

After neither side converted in overtime, the shootout, which went five rounds, saw Alex Atwill provide the difference maker in the Thunder Bay win.

Gage Stewart made 25 saves overall to record the victory.

Sunday’s slate sees them take on the Florida Alliance at 11:15 a.m. before heading home.

Peter Hannuala and Jordan Baranesky notched the tallies in defeat for the Kings while netminder Jordan Smith suffered the defeat.

They’ll finish up their weekend Sunday against the Nashville Jr. Predators at 9:15 a.m.

All NAPHL games are streamed online and on demand via HockeyTV.com. 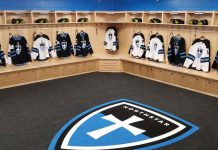 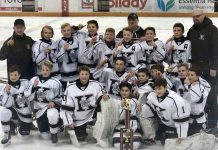