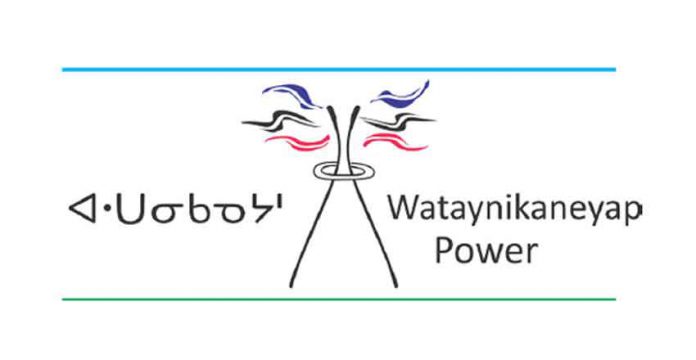 THUNDER BAY – BUSINESS – Less than a month after Wataynikaneyap Power energized its first line to bring grid power to the First Nation community of Pikangikum, another historic milestone has been reached.

Today, Wataynikaneyap Power announced that Mishkeegogamang and Ojibway Nation of Saugeen legally joined the First Nations-led power project, bringing the number of First Nations communities who are equal owners in the project to 24.

“I am very pleased to say that Wataynikaneyap’s engagement and discussions have resulted in an even stronger partnership of 24 First Nations who have agreed to work together to connect the 17 remote First Nations to the grid,” said Margaret Kenequanash, Chief Executive Officer, Wataynikaneyap Power. “This is a significant project milestone that will have a powerful positive impact to the Indigenous People of the homeland in harnessing opportunities, improving community infrastructure and growth.”

“We are pleased to support this Project which we believe will allow First Nation communities to access a reliable, clean power supply while also bringing health and economic benefits to each of the communities involved,” said Chief David Masakeyash of Mishkeegogamang First Nation.  “We look forward to continuing to work with Wataynikaneyap Power through ongoing engagement with our trappers and land users, and to identify additional economic benefits, including business and employment opportunities, for our First Nation and our First Nation partners.  We are being assured that these discussions will be ongoing and respected. We also congratulate Pikangikum First Nation who has recently become the initial First Nation to be connected.”

Simultaneous with the two First Nations joining the partnership, partner Fortis Inc. has entered into an arrangement with Mishkeegogamang First Nation and Ojibway Nation of Saugeen’s utility partner, Algonquin Power & Utilities Corp. (“Algonquin”), for a minority share of its ownership.

“Algonquin and our First Nation partners are pleased to join forces with the Wataynikaneyap Power team for this important project,” said Ian Robertson, Chief Executive Officer, Algonquin. “Our continuing focus on Northern Ontario transmission is based on a recognition that access to clean and reliable energy sources plays a critical role in the health, well-being and economic opportunities for the communities served by this project and we are pleased to partner on this important project.”

The transmission project is making significant progress toward the completion of regulatory permitting.  Construction is planned to begin later this year with a competitively selected EPC contractor.