“Nishnawbe Aski Nation has established a strong working relationship with Minister Philpott during her time as Minister of Indigenous Services and we wish her well in her challenging new role. We welcome the appointment of Minister O’Regan as her replacement and will reach out to him immediately to ensure that our progress on the many issues affecting NAN First Nations will continue without interruption. We would also like to acknowledge Jody Wilson-Raybould for making history as Canada’s first Indigenous Justice Minister. Our First Nations continue to have high expectations of this government, as an active Treaty partner, to work with us to end the inequity between First Nations and the rest of Canada.” 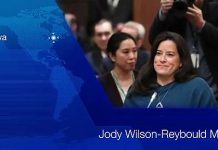