LOS ANGELES – MUSIC – KISS is hitting a massive world tour as the final concert tour for the long-standing rock band’s historic career starts to wind down. KISS was inducted to the Rock and Roll Hall of Fame on April 10, 2014.

KISS is one of the most iconic and influential rock acts of all time. The band have released 44 albums and sold over 100 million records worldwide. Consummate live performers, the band’s illustrious career is marked by record-breaking global tours.

After an epic and storied 45 year career that launched an era of rock n roll legends, KISS announced in late 2018 that they will launch their final tour ever in 2019, appropriately named END OF THE ROAD.

The initial announcement sent the internet into overdrive with fans hoping their city would get one final KISS show.

Known for their trademark larger-than-life blistering performances, KISS has proven for decades why they are hands down the most iconic live show in rock n roll.  The Rock & Roll Hall of Famers who have sold more than 100 million albums worldwide has said this tour is devoted to the millions of KISS Army fans.

“All that we have built and all that we have conquered over the past four decades could never have happened without the millions of people worldwide who’ve filled clubs, arenas and stadiums over those years. This will be the ultimate celebration for those who’ve seen us and a last chance for those who haven’t. KISS Army, we’re saying goodbye on our final tour with our biggest show yet and we’ll go out the same way we came in… Unapologetic and Unstoppable,” said KISS.

KISS, America’s #1 Gold Record Award-winning group of all time in every category, has a stunning catalogue of rock ‘n’ roll classics. The release of KISSWORLD – The Best Of KISS comes in time to mark the anniversary of the band’s first show ever performing on January 30, 1973 to no more than 10 people in attendance at Popcorns, a small club in New York, as well as celebrating the global superstar band as they launch their 2019 End Of The Road final tour at an eighteen-thousand seat major arena on January 31 in Vancouver. KISSWORLD brings together 20 of their best-loved tracks together on one album. Iconic fan favourites such as “I Was Made For Lovin’ You”, “Rock And Roll All Nite” and “God Gave Rock ‘N’ Roll To You II” alongside top 10 U.S. chart hits “Beth” and “Detroit Rock City” on one huge collection.

Now, after an epic and storied 45-year career that launched an era of rock ‘n’ roll legends, KISS announced that they will embark on their final tour ever in 2019, appropriately named END OF THE ROAD.  Paul Stanley, Gene Simmons, Eric Singer and Tommy Thayer announced the tour. For the KISS Army, get your ticket information, here.

Tracklisting of KISSWORLD – The Best OF KISS 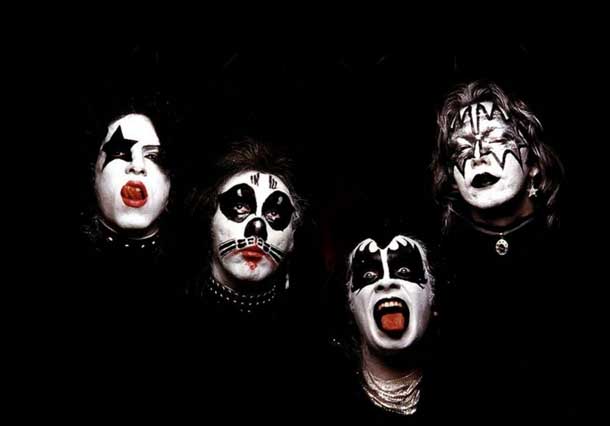