OTTAWA – Update – This update reflects that the Canadian outbreak appears to be over as there have been no illnesses in Canada since mid-November. Given this information, the Public Health Agency of Canada is no longer advising residents in the affected provinces of Ontario, Quebec and New Brunswick to avoid eating romaine lettuce and salad mixes containing romaine lettuce.

Why you should take note

As of December 24, 2018 the Canadian outbreak appears to be over as there have been no illnesses linked to the Canadian investigation since mid-November. The U.S. investigation is ongoing, and public health and food safety partners will continue to collaborate and exchange information about the possible sources of contamination in the romaine lettuce harvested in the affected California growing regions outlined on the U.S. FDA’s website.

Over the last month, the CFIA has implemented import control measures to ensure that romaine lettuce from affected regions in California identified in the U.S. FDA’s investigation is not being imported into Canada. The CFIA is continuing to monitor the U.S. FDA’s investigation into the possible causes of contamination and will amend their import control measures as necessary to ensure that romaine lettuce that was harvested in the affected California growing regions as identified by the U.S. FDA. is not being imported into Canada.

Given that there have not been any Canadian illnesses since mid-November, the Public Health Agency of Canada is no longer advising residents in the affected provinces of Ontario, Quebec and New Brunswick to avoid eating romaine lettuce and salad mixes containing romaine lettuce.

This investigation marks the third E. coli outbreak linked to romaine lettuce in the last year. Although the outbreak appears to be over, the Government of Canada remains vigilant in its efforts to monitor for any new E. coli illnesses linked to romaine lettuce. If future risks are identified, the Public Health Agency of Canada and its partners will take the necessary steps to notify Canadians of any increased risk to their health and to provide advice on how to prevent illness.

How does lettuce become contaminated with E. coli

E. coli are bacteria that live naturally in the intestines of cattle, poultry and other animals. A common source of E. coli illness is raw fruits and vegetables that have come in contact with feces from infected animals. Leafy greens, such as lettuce, can become contaminated in the field by soil, water, animals or improperly composted manure. Lettuce can also be contaminated by bacteria during and after harvest from handling, storing and transporting the produce. Contamination in lettuce is also possible at the grocery store, in the refrigerator, or from counters and cutting boards through cross-contamination with harmful bacteria from raw meat, poultry or seafood. Most E. coli strains are harmless to humans, but some varieties cause illness.

In Canada, as of December 24, 2018, there have been 29 confirmed cases of E. coli illness investigated in Ontario (5), Quebec (20), New Brunswick (1), and British Columbia (3). The illnesses in British Columbia were related to travel to Quebec, Ontario and the United States. Individuals became sick between mid-October and mid-November 2018. Ten individuals have been hospitalized, and two individuals suffered from hemolytic-uremic syndrome (HUS), which is a severe complication that can result from an E. coli infection. No deaths have been reported. Individuals who became ill are between 2 and 93 years of age. The majority of cases (52%) are female. Most of the individuals who became sick reported eating romaine lettuce before their illnesses occurred. Individuals reported eating romaine lettuce at home, as well as in prepared salads purchased at grocery stores, or from menu items ordered at restaurants and fast food chains.

Laboratory analysis indicates that the illnesses reported in this outbreak are genetically related to illnesses reported in a previous E. coli outbreak from December 2017 that affected consumers in both Canada and the U.S. This tells us that the same strain of E. coli is causing illness in Canada and the US as was seen in 2017 and it suggests there may be a reoccurring source of contamination. Investigators are using evidence collected in both outbreaks to help identify the possible cause of the contamination in these events.

The CFIA continues to work with public health officials and the U.S. FDA to determine the source of the contamination in the romaine lettuce that was harvested in the affected growing regions of California. As part of the food safety investigation, romaine lettuce was sampled and tested. To date, all products that have been tested by CFIA have been negative for E. coli. The CFIA has advised industry not to import, distribute, sell, serve, or use romaine lettuce from the suspect areas in California identified in the U.S. FDA’s investigation, and they have verified that these actions have been implemented in the Canadian marketplace.

Who is most at risk

This outbreak strain known as E. coli O157 is more likely than other strains to cause severe illness. Pregnant women, those with weakened immune systems, young children and older adults are most at risk for developing serious complications.

Most people who become ill from an E. coli infection will recover completely on their own. However, some people may have a more serious illness that requires hospital care, or long-lasting health effects. In rare cases, some individuals may develop life-threatening symptoms, including stroke, kidney failure and seizures, which could result in death. It is possible for some people to be infected with the bacteria and to not get sick or show any symptoms, but to still be able to spread the infection to others.

What you should do to protect your health

As of December 24, 2018 the Canadian outbreak appears to be over so the Public Health Agency of Canada is no longer advising residents in the affected provinces of Ontario, Quebec and New Brunswick to avoid eating romaine lettuce and salad mixes containing romaine lettuce.

Although the Canadian outbreak is over, the U.S. outbreak is still ongoing, therefore Canadians who are travelling to the U.S., or who shop for groceries across the border and purchase romaine lettuce in the U.S. are advised to follow the U.S. CDC’s advice for U.S. consumers found on their website.

Beyond the outbreak, it is important to remember that following safe food handling practices on a daily basis is best way to avoid getting a food-related illness. Romaine lettuce can be a carrier of E. coli bacteria that can make people sick. For consumers of romaine lettuce, there is no way to fully eliminate the risk of an E. coli infection, but the following tips are recommended to help reduce your risk of illness:

People infected with E. coli can have a wide range of symptoms. Some do not get sick at all, though they can still spread the infection to others. Others may feel as though they have a bad case of upset stomach. In some cases, individuals become seriously ill and must be hospitalized.

The following symptoms can appear within one to ten days after contact with the bacteria:

Most symptoms end within five to ten days. There is no real treatment for E. coli infections, other than monitoring the illness, providing comfort, and preventing dehydration through proper hydration and nutrition. People who develop complications may need further treatment, like dialysis for kidney failure. You should contact your health care provider if symptoms persist.

What the Government of Canada is doing

The Government of Canada is committed to food safety. The Public Health Agency of Canada leads the human health investigation into an outbreak, and is in regular contact with its federal, provincial and territorial partners to monitor the situation and to collaborate on steps to address an outbreak.

Health Canada provides food-related health risk assessments to determine whether the presence of a certain substance or microorganism poses a health risk to consumers.

The Government of Canada will continue to update Canadians as new information related to this investigation becomes available. 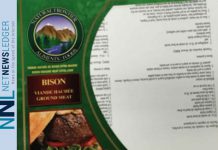 Losartan-containing drugs are being voluntarily recalled 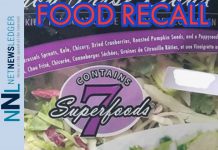 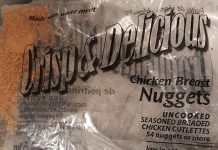 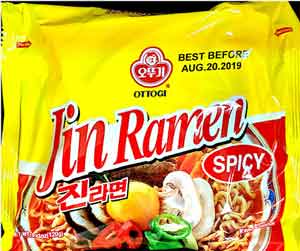