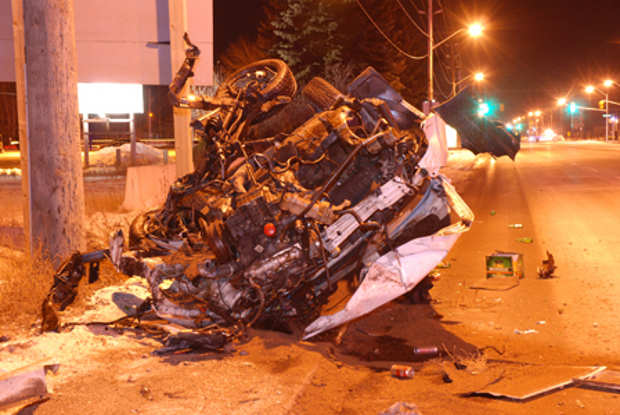 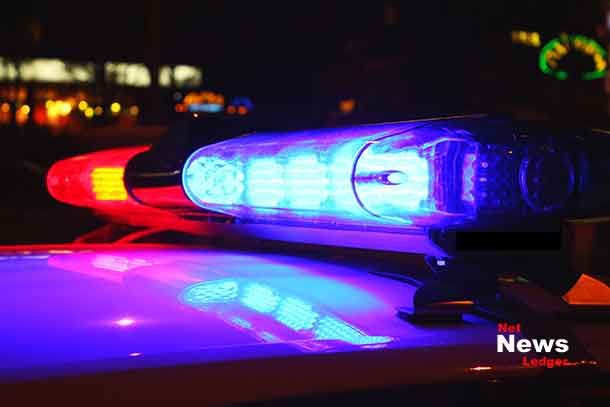 THUNDER BAY – It seems no matter how many times the message is shared, impaired driving is a foolish tradition for a lot of people. Decades ago, the adage was, “I had to drive I was too drunk to walk” and the idea that a “real man” could handle his liquor.

The truth is far different. Impaired driving kills people, maims people, and it is the ultimate in selfish and irresponsibility.  With so many choices, from designated drivers, taxi-cabs, u-ride, or choosing not to drink to the point of oblivion, there really isn’t any excuse.

NetNewsLedger often receives emails, years after an impaired driver has been reported in the news, asking that the article is taken down. In a recent incident, a man lost his girlfriend of seven years, after her father Googled him and found the impaired charge. Yet others have found that impaired charge and conviction has impaired their ability to apply for a new job.

Impaired driving can impair your future. Its that simple.

There are new laws in effect now that will make the penalties for impaired driving far more severe.

Impaired driving applies to all conveyances, including motor vehicles such as cars, trucks, snowmobiles, all-terrain vehicles, etc., boats and even aircraft and railway equipment.

Before, or at, a traffic stop, police officers use their training as well as what they see, hear and smell to look for signs that a driver may have alcohol and/or drugs in their body

If you are, or were within the preceding 3 hours, operating a conveyance and a police officer has reason to suspect that you have alcohol and/or drugs in your body, a police officer may make a demand on you to:

Failure to comply with the demand will result in criminal charges which carry the same, or greater, penalties as driving while impaired.

After providing a breath or oral fluid sample the results of that test will determine what, if any, further actions are taken. Performing poorly on any of these tests can lead to an arrest.

After an arrest, the driver is typically taken to a police detachment or medical facility to undergo additional testing. Additional testing can be done in the form of an evidentiary breath alcohol test, a Drug Recognition Expert (DRE) evaluation or a blood sample taken by a trained medical technician.

Roadside testing – prior to arrest

Under the new legislation, a police officer can now demand that a driver provide an oral fluid sample to be tested with an ADSE at the roadside.

Additional testing – after an arrest

Under the new legislation, after the suspected drug-impaired driver is arrested, police can proceed in one, or both, of the following ways:

After being arrested, an officer will advise the driver of their rights, including the right to a lawyer. The right to speak with a lawyer can be exercised before an evidentiary breath test, providing a blood sample, or participating in a 12-step DRE evaluation. However, the ASD, ADSE, and SFST evaluations performed prior to arrest, are done before speaking with a lawyer.

Based on a police officer’s observations you can also be charged criminally, under section 320.14 of the Criminal Code of Canada: it is a crime to operate a conveyance while impaired by alcohol or a drug, regardless of additional evaluations confirming specific blood intoxicant concentrations.

Check your Provincial/Territorial laws to determine what additional penalties may be imposed upon you, in addition to any criminal penalties, for impaired driving where you live. These penalties can include such things as administrative costs, licence suspensions, required training to renew your licence, and/or vehicle seizures.

Mandatory alcohol screening
As of December 18, 2018, police no longer require a reasonable suspicion to demand a breath sample from a driver. Anyone operating a motor vehicle who is lawfully stopped by police can be required to provide a breath sample, at the roadside, to detect potential alcohol in their blood. Failure to comply with this demand will also result in criminal charges which carry the same, or greater, penalties as driving while impaired.
The “Warn” range (a blood alcohol content of 50mg% to 80mg%)
An individual who submits a breath sample in the “Warn” range can be subject to administrative penalties such as a roadside suspension or an immediate roadside prohibition.
A “Fail” (a blood alcohol content at or above 80mg%)
An individual who submits a breath sample and registers a “Fail” will be required to provide further breath samples at the police station. A subsequent breath sample that meets-or-exceeds the legal BAC limit of 80 mg% means that the person may be charged under section 320.14 of the Criminal Code of Canada: having a blood alcohol concentration that is equal to or exceeds 80mg% within two hours of ceasing to operate a conveyance.
Standardized Field Sobriety Test (SFST)
If you are, or within the preceeding 3 hours were, in the driver’s seat/position of any car, truck, ATV, boat, aircraft, etc. (whether it is in motion or not) and a police officer reasonably suspects you have consumed alcohol, drugs or a combination of alcohol and drugs, the police officer may make a demand of you to submit to a Standard Field Sobriety Test (SFST).

A SFST test is typically administered roadside and consists of a police officer putting a conveyance operator through a series of standardized sobriety tests.

Based on a police officer’s observations you can also be charged criminally, under section 320.14 of the Criminal Code of Canada, regardless of you submitting to a SFST demand.

Failure, or refusal, to comply with the SFST demand can also result in criminal charges that carry the same, or greater, penalties as impaired driving.

Drug Recognition Expert Evaluation
The evaluation includes sobriety tests that are similar to the SFST’s, taking clinical indicators (blood pressure, body temperature, pulse, etc.) and measuring your pupil size in different lighting conditions. If, at the conclusion of the evaluation the officer forms the opinion that your ability to operate a motor vehicle is impaired by one, or more, categories of drugs, you will be charged under section 320.14 of the Criminal Code of Canada.

Refusal to undertake the evaluation or quitting at any time will result in criminal charges that have the same, or greater, penalties as driving while impaired by alcohol.

At the conclusion of the drug evaluation, if the evaluator determines that you are impaired and that the impairment is the result of one or more category of drugs, or a combination of alcohol and drugs, you will be given a demand to provide a bodily fluid sample (blood, oral fluid or urine). The sample is to confirm the findings of the evaluator and the choice of the sample is made by the evaluator.

Failure to provide the sample will result in criminal charges that have the same, or greater penalties as impaired driving.

Impaired Driving and Northwestern Ontario – A dance that needs to stop