“Moving forward with federal legislation on First Nations, Inuit, and Métis Nation child and family services is a vital step toward ensuring Indigenous children are never again forcibly taken from their homes without their parents’ consent. Every possible measure should be taken to prevent Indigenous child apprehension and to reunite children with their families. New federal legislation is a powerful tool to support these efforts,” says Jane Philpott, P.C., M.P. Minister of Indigenous Services.

Indigenous children represent 52.2% of children in foster care in private homes in Canada. The over-representation of First Nations, Inuit and Métis Nation children in the child welfare system is a humanitarian crisis.  Indigenous children who have been in care face greater risks of adverse health outcomes, violence and incarceration.

“This is a critical step in supporting the rights and well-being of Indigenous children. The status quo is not acceptable. This proposed legislation will reaffirm the rights of Indigenous children and put in place the much needed supports for communities to ensure that Indigenous children can grow up as proud First Nations, Métis and Inuit with a strong sense of secure personal cultural identity and better health, education and economic outcomes,” stated Carolyn Bennett, M.D., P.C., M.P. Minister of Crown-Indigenous Relations.

The Federal Government says that legislation is an important step toward more comprehensive reform.

“Inuit are committed to working constructively and on a distinctions basis towards the co-development of federal child and family welfare legislation to help meaningfully address social inequity in Inuit Nunangat, and across Canada, and ultimately decrease the overrepresentation of Inuit children in care,” says Natan Obed, President, Inuit Tapiriit Kanatami.

This announcement is the culmination of intensive engagements throughout this year which focused on identifying ways to reduce the number of Indigenous children in care. Currently, Indigenous families are bound by rules and systems that are not reflective of their cultures and identities. The goal of the proposed legislation is to change that. It aims to support Indigenous families to raise their children within their homelands and nations as well as increase efforts to prevent child apprehension where possible and safe to do so.

“This proposed legislation will provide a new chapter towards increased recognition that we, the Métis Nation, are best placed to nurture and to care for our children. This is an unprecedented initiative that will ensure the survival, dignity and well-being of our families, communities and nation for generations to come,” according to Clément Chartier, President, Métis National Council.

This broad-based legislation will be inclusive of all Indigenous peoples while respecting a distinctions-based approach. The legislation would affirm inherent Aboriginal and Treaty rights as well as affirm principles consistent with the Calls to Action of the Truth and Reconciliation Commission, the United Nations Declaration on the Rights of Indigenous Peoples, and the United Nations Convention on the Rights of the Child.

A pillar of the legislation will be the right to self-determination of Indigenous peoples to freely determine their laws, policies and practices in relation to Indigenous child and family services.

Throughout 2018, Indigenous Services engaged with national, regional, and community organizations and governments representing First Nations, Inuit and the Métis Nation, as well as Treaty Nations, self-governing First Nations, provinces and territories, experts and people with lived experience, including Elders, Youth and Women. More than 65 engagement sessions with nearly 2,000 participants were held. The message to the government was that legislation could help to protect the best interests of the child. 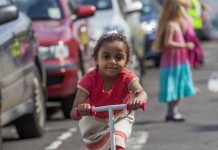 Grassroots Revolution making it normal for children to ‘play out’ again 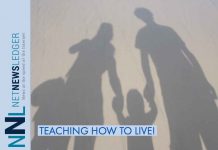