At least 63 people were killed in and around Paradise by the Camp Fire that erupted a week ago in the Sierra foothills 175 miles (280 km) north of San Francisco. The fire is among the most lethal U.S. wildfires since 2000.

Authorities attribute the death toll in part to the speed with which flames raced through the town of 27,000, driven by wind and fueled by desiccated scrub and trees.

Nearly 12,000 homes and buildings burned hours after the blaze erupted, the California Department of Forestry and Fire Protection (Cal Fire) said. The fire left a ghostly expanse of empty lots covered in ash and strewn with debris.

Thousands of additional structures are still threatened as firefighters, many from distant states, laboured to contain and suppress the flames.

The revised roster of 630 missing people is up from 297 listed on Thursday by the Butte County Sheriff’s Office.

Sheriff Kory Honea on Thursday said the remains of seven victims have been located since Wednesday’s tally of 56. Nearly 300 people reported missing have been found alive and the list of missing would fluctuate, he said.

The sheriff has asked relatives of the missing to submit DNA samples to hasten identification of the dead. But he said some of those unaccounted for may never be identified.

The were other smaller blazes in southern California including the Woolsey Fire that is linked to three fatalities and destroyed at least 500 structures near the Malibu coast west of Los Angeles.

Scientists say two seasons of devastating wildfires in California are linked to drought they say is symptomatic of climate change.

Two electric utilities say they sustained equipment problems close to the origins of the blazes around the time they were reported.

Public schools in Sacramento and districts 90 miles (145 km) to the south, and as far away as San Francisco and Oakland, said Friday’s classes would be cancelled as the fire worsened air quality.

Many of those who survived the flames but lost homes stayed with friends or relatives or at American Red Cross shelters. 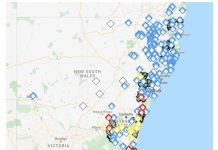