Home News Letters Letters: Closing the casino may be a tough sell given the need...

THUNDER BAY – LETTERS – Social conditions in Thunder Bay continue to deteriorate and taxes are going up to pay for basic services and infrastructure for a shrinking population.  It requires a lot more money to fix everything, including the costs of social services reflected by poverty, homelessness, addictions and crime. Amid this dire predicament, we have a casino that is raking in approximately $1 million dollars a week in after-tax hard cash.

Originally sold to us as a Charity Casino, we welcomed it believing that it would help local charities to raise funds for essential grassroots services they provided in our community.  Now it is a for-profit corporation managed by an out-of-province company. In the discussions about the city’s finances, not much has been said about what the casino is doing to our economy.

Charity Bingo revenues decreased by $500,000 since the opening of the casino and attendance dropped from 130,000 to 84,000. Charities that relied on bingos were adversely affected and some folded altogether. It was noted that there was a slight increase in both business and personal bankruptcies, an increase in the number of calls to Thunder Bay Police, and there was evidence to suggest that problem gambling was more common since the casino opened — but there was no data to connect this directly to the casino.

An overwhelming majority of the casino clients are Thunder Bay area residents draining local money the city desperately needs to address social problems, grow and prosper. The 5% slot machine revenue the city gets as a host community is a token bribe compared to approximately billion dollars the casino has taken since it opened eighteen years ago. This is taking away local funds that could be used to cover increasing costs of maintaining city services, pay for social programs, and support charities working in the community.

I hope that the new City Council will work together and find a way to stop the cash-grab that is contributing to our misery. Closing the casino may be a tough sell given the need for jobs. But this should be an option for negotiating a better revenue-sharing deal to pay for all services related to gaming, as well as fund community groups committed to making Thunder Bay a safe, friendly, prosperous and beautiful city to live in. 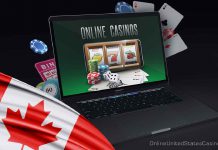 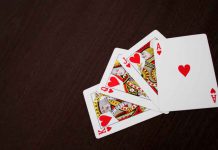