Horwath was in Thunder Bay Friday to tour the Thunder Bay Regional Health Sciences Centre, which hasn’t seen relief from months of overcrowding. Horwath said she’s worried that new cuts to mental health and addictions services are making the problem even worse.

“Hospital wait times have become painfully long. Families watch as their loved ones wait hours in a waiting room only to be moved onto a stretcher in a crowded, busy hospital hallway,” said Horwath. “But instead of making things better, Mr. Ford is making things worse when it comes to hospital overcrowding.

“Doug Ford has already cancelled an overdose prevention site in Thunder Bay. And he’s cut $330 million a year from mental health spending across the province. That’s going to put even more pressure on the emergency room at Thunder Bay Regional Health Sciences, and ERs throughout the region.”

Doug Ford has vowed to cut another $6 billion in funding, programs and services, and his health minister has warned that tough times are ahead for hospitals, warning them that they’re going to have to be more ‘efficient.’

Thunder Bay Regional Health Sciences Centre routinely operates above capacity, with hospital staff run off their feet. In 2017, the hospital saw 6,300 emergency department visits related to mental health and substance use, and the number of monthly opioid-related visits to the hospital has nearly doubled in 2018, with local paramedics responding to 173 overdoses from January to August.

Horwath said that local health care professionals are coming to the table with solutions, including discussion of a new emergency department dedicated to mental health and addiction services, but Doug Ford has signalled he’s focused on cutting services, not improving them.

“We need to equip our hospitals with the resources they need to help people, not threaten to cut even more funding,” said Horwath. “It simply doesn’t need to be this way. You can’t slash your way to shorter waits.

“There’s still time to do what’s right for Thunder Bay, and patients across the North and through the province. Thunder Bay families deserve a government willing to work with the hospital on a mental health emergency department, willing to invest in Northern health care, and unwilling to make cuts that hurt people.” 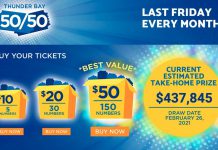 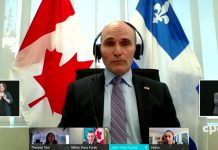