THUNDER BAY – NEWS – Running the International Border at Pigeon River has landed an Illinois man into hot water and behind bars in Thunder Bay.

As a result, Michael MELICHAR, 39 years of age, from La Grange Park, Illinois, United States of America was arrested and charged with the following offences:

He has been remanded into custody at the Thunder Bay District Jail.

Canada to Open Borders for Immediate Family Members to Unite 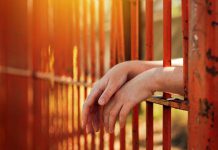