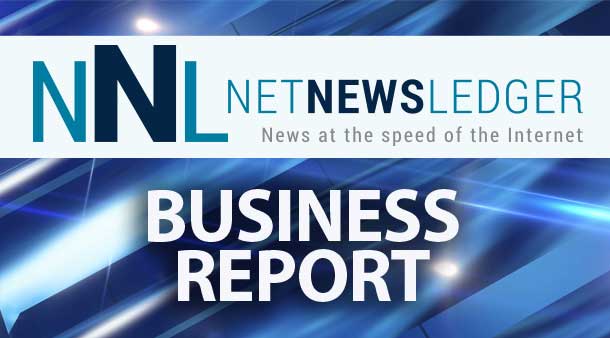 The fourth industrial revolution will have the greatest impact on routine tasks. A flexible, well-educated and suitably trained workforce will be critical

By Jock Finlayson
and Kristine St.-Laurent
Business Council of B.C.

VANCOUVER – The work world is being transformed by rapidly evolving digital technologies as we march into what many are calling the “fourth industrial revolution.”

With disruptive technologies pushing the frontiers of automation, some of the comparative advantages humans traditionally have enjoyed relative to technology are eroding. Computers and learning-based algorithms have progressed beyond replacing repetitive, manual tasks with mechanical execution.

Now, recognizing patterns, providing diagnoses and communicating complex information – three activities once seen as within the purview of people – are increasingly performed by computers. Doctors, lawyers, accountants and other skilled professionals may eventually join the ranks of those whose jobs have been displaced or fundamentally altered by automation.

What does all of this portend for the future of employment?

In the job market, advances in technology are expected to have the greatest impact on tasks that are routine in nature. Such tasks aren’t necessarily mundane but they’re labeled routine because they could be fully automated in the foreseeable future.

Routine tasks are found in most occupations and constitute part of many kinds of work activity. Examples include mathematical calculations involved in accounting and financial analysis; organizing and disseminating information; the physical execution of repetitive work, such as driving; and some types of repeated research, such as that performed when filing a patent.

In thinking about how technology shapes the labour market, a key insight is that automation is both a substitute for and a complement to human capital and intelligence. The challenge for workers is to figure out where they can add value and/or perform tasks that can’t be automated.

The quick displacement of vast numbers of jobs is unlikely in the near term. A recent report from the McKinsey Global Institute estimates that between three and 14 percent of the global workforce will need to switch occupational categories by 2030. This points to gradual change.

Even today, when some worry that millions of truck drivers and bus operators are poised to lose their jobs, trucking companies across North America desperately struggle to hire new drivers. Self-driving cars are coming, but more slowly than many tech enthusiasts believe. Robots already play a significant role in the manufacturing and logistics industries and will continue to make inroads elsewhere.

The good news is that increased automation should boost economy-wide productivity. But it may also translate into reduced full-time employment and downward pressure on wages and benefits for some workers. The net result is likely to be a widening divide between those whose work and skills complement technology, versus those who end up at a disadvantage in the digital age. A legitimate concern for policy-makers is that more individuals will be trapped in a downward cycle of low-skilled, low-paying employment, with diminished opportunities to find or transition into careers that offer a decent income.

Historically, technological innovations have often disrupted existing industries, business models, and jobs – but without dampening the aggregate demand for labour. Instead, new industries and occupations have developed to replace those that have shrunk in the face of technological advances. Today, however, some analysts fear the expanding digital economy could lead to a sharp contraction in overall employment, as machines and software increasingly replace human labour.

In truth, economists and tech analysts don’t know how or exactly in what time frame the fourth industrial revolution will unfold. However, a flexible, well-educated and suitably trained workforce will be critical to meeting the demands of the labour market, regardless of the pace at which technology advances.

For government and industry, it makes sense to develop policies and programs to strengthen in-demand skills and enhance workers’ ability to acquire new skills and knowledge. A greater focus on technical training generally also makes sense, as people will be needed to operate and maintain the machines and digital platforms that are expected to proliferate.

Digitized, computer-generated knowledge, products, and services promise gains in productivity and the standard of living. But we must be alert to the risk that these trends will leave behind those unwilling or unable to adapt.

Jock Finlayson is executive vice-president of the Business Council of British Columbia. Kristine St.-Laurent is a senior policy analyst at the BCBC.