By Sgt. Peter Moon
THUNDER BAY – Three Junior Canadian Rangers from Lac Seul First Nation have won praise for their participation in a Canadian Army program for Indigenous youth. They attended a week-long training camp at Fort William First Nation, next to Thunder Bay, and were quickly promoted to become leaders of the three teams of participants.

The camp was called Eagle’s Nest and was the sixth in an annual series by that name offered by the Canadian Army in different locations for Indigenous youth. It was the first time it has been offered at Fort William First Nation. The participants ranged in age from 10 to 16 and came from Fort William First Nation and other Northern communities. They lived in a small army camp set up on the shore of Lake Superior.

The camp taught a range of skills, including first aid, marksmanship and safe handling of firearms, how to set snares and build emergency shelters, watermanship skills using assault boats, how to judge distance, use hand signals, tie knots and lashes, how to read maps and use a compass. They enjoyed learning basic army drill. They also participated in traditional teachings, built a sweat lodge, and participated in teaching sweats.

The three Junior Rangers at the camp were Terrance Angeconeb, 13, Dylan Chisel, 16, and Reilly Thivierge, 14.

“Within a couple of days they stood out,” said Captain Brent Bastien, the camp commandant.  “They really took on a leadership role. We made them leaders of the three teams of participants in the camp and they did a great job. They showed the value of the Junior Canadian Ranger program.”

At the end of the camp, Junior Ranger Chisel received the award for top leadership.

Master Corporal Denise Ningewance, who runs the Junior Ranger program at Lac Seul, said the three Junior Rangers showed how the program makes Junior Rangers comfortable with meeting new people “They made good buddies right away because they are used to going to camps,” she said. “They started helping the soldiers in showing the other kids how to start fires, set snares, and build shelters. They did a good job.”

The three enjoyed getting rides in the variety of military vehicles at the camp, riding in assault boats, and many of the team building exercises.

“I’ve had a good time,” said Junior Ranger Angeconeb. “All the teamwork, all the laughing, and making a bunch of new friends. It was my first experience being a leader and it was actually enjoyable. What I’ve learned being a Junior Ranger helped me.” 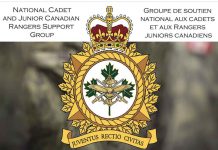 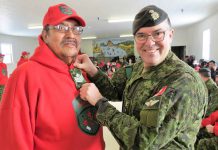 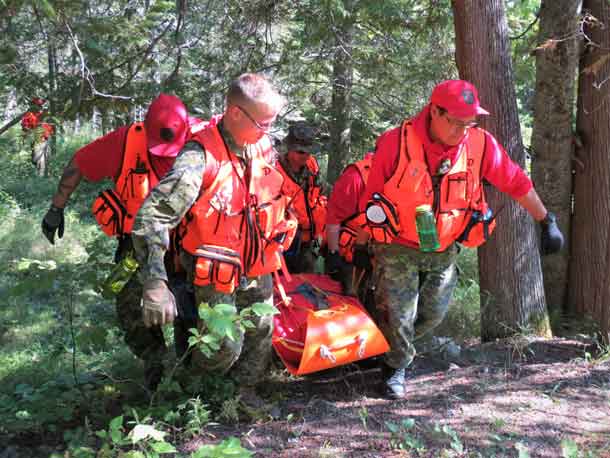 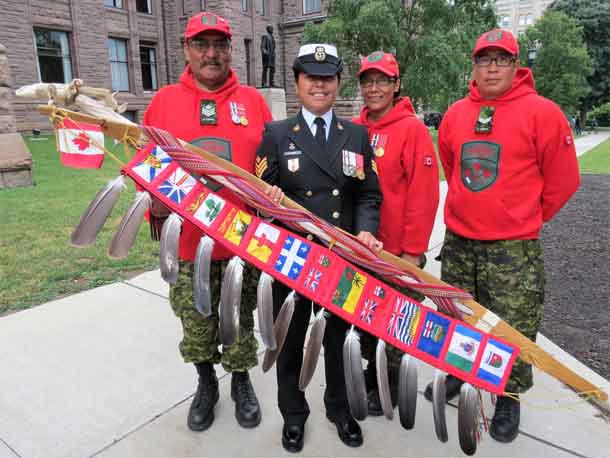