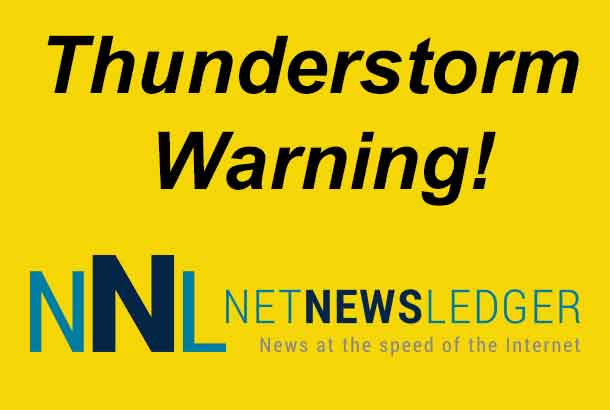 City of Thunder Bay
Conditions are favourable for the development of severe thunderstorms that may be capable of producing strong wind gusts and large hail.

Scattered thunderstorms are expected to move from northwest to southeast over the regions this afternoon and early evening.

The threat will not reach the Thunder Bay area until very late this afternoon.

Isolated wind gusts to 90 km/h and large hail may be associated with some of these storms, as well as frequent lightning.

Severe thunderstorm watches are issued when atmospheric conditions are favourable for the development of thunderstorms that could produce one or more of the following: large hail, damaging winds, torrential rainfall.

The Office of the Fire Marshal and Emergency Management recommends that you take cover immediately if threatening weather approaches.