OTTAWA – Vancouver, BC: Breen Ouellette, a citizen of the Métis Nation and a Canadian lawyer, announced today that he has resigned from the National Inquiry into Missing and Murdered Indigenous Women and Girls. Mr. Ouellette was employed as Commission Counsel for the National Inquiry at its Vancouver offices from April 3, 2017, until his resignation on June 21, 2018.

As a lawyer, Mr. Ouellette must not disclose the confidential information of former clients. He believes this is a problem: “The National Inquiry continues to rack up unexplained, high profile resignations. By now, the Commissioners should feel morally and ethically obligated to provide disclosure in the public interest. However, until they consent, I must restrict my comments to publicly known matters. I urge the public to demand that the Commissioners allow me to fully disclose the reasons behind my resignation.”

Ouellette considers it vital for the federal government to allow the National Inquiry to complete its mandate without interference.

Ouellette offered an example in support of his position: “Among the approximately 1,000 testimonies heard by the National Inquiry, credible witnesses raised the possibility that improper and illegal foster care apprehensions are driven by the self-interest of government bureaucrats. The National Inquiry could use its powers to force government departments to comply with investigations into these allegations. The perpetrators could be identified so that governments could stop the misuse of billions of Canadian tax dollars by a few heartless bureaucrats seeking to advance their careers. However, interference by the federal government is undermining this important function of the National Inquiry. Canadians deserve to know which provinces and territories perpetuate this unnecessary and harmful spending of billions of tax dollars on foster care apprehensions. The cost of a thorough National Inquiry pales in comparison to the cost and harm that could be prevented.”

Ouellette states that he “Remains committed to supporting all people affected by the violence perpetrated against Indigenous women, girls, and two-spirited people”.

Individuals seeking to contact him about this important issue may reach him via email (mmiwg@breeno.net) or on Twitter (@BreenOuellette). 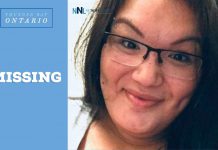