LONDON – For those with rapidly thinning hair, the emotional strain of knowing you’re losing your locks can be extensive. For those us living our day to day lives at work, hair loss can be devastating and opting for cheap hair transplant in Turkey can be a solution we turn to. With that in mind, add in a healthy dose of being in the public eye and it’s easy to understand why so many celebrities have opted for, or been rumoured to opt for this procedure. Here, we’re taking a look at five celebrities who have had hair transplants, some more openly than others!

For those who might not already know, Paigey Cakey is a British rapper from north London. At the age of 18, the rising star noticed her hair beginning to fall out but it wasn’t until March 2018, at the age of 25, that she started to investigate hair transplants. After discovering that the cost could be a little higher than her budget could stretch, she found a clinic in Turkey with a good reputation and amazing facilities and decided to book the appointment. Despite initial worries, Paigey Cakey has claimed to be more than happy with the results.

Being so obviously in the public eye, the battle between opting for a hair transplant to cover up balding and avoiding one in order to protect public image can be an ongoing battle but for Wayne Rooney, the answer was simple. In 2011, Rooney went on to post ‘after’ pictures of his FUT transplant and even said: “I was going bald at 25, why not.” This attitude continued on to 2013, where he had another two procedures to cover up new balding spots.

Robbie Williams is perhaps the strangest one of all – he had, admitted to and discussed his hair transplant without ever actually needing one! He revealed that, while living in LA, he opted to have a hair transplant just because it was part of the LA lifestyle. He’s been quoted as saying “If you live in Los Angeles for long enough, you’re going to get some surgery,” and get some surgery he did!

James Nesbitt has never been one to avoid questions about his hair transplants, even admitting to having had two. Nesbitt puts his hair transplants down to having been in the public eye, and that hair loss could affect his prospects when it came to his career. However, he’s also admitted that it certainly wasn’t an easy decision. Claiming that it wasn’t something he took lightly, he did go on to talk about his hair loss and resulting transplant in a testimonial video for the chosen clinic. 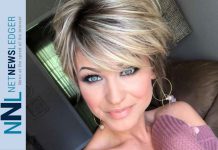 The Best Pixie Cut Hairstyles for Women in 2019