“I’m thrilled to be officially joining Andrea Horwath’s NDP team tonight,” said Monteith-Farrell. “I have lived in Thunder Bay my entire life, I raised my three kids here. Thunder Bay is a beautiful community, but we have been struggling – with skyrocketing hydro bills and with a hospital that spends more days in gridlock than not. I know that Andrea and the NDP are the only ones who will make people’s lives better in this community. Andrea has a plan to bring Hydro One back into public hands and get our bills down by about 30 percent. She will take on hospital overcrowding on day one; by investing in the people of Thunder Bay, Andrea will bring change for the better to this community.”

Monteith-Farrell works as a representative of the Public Service Alliance of Canada advocating for improved working conditions for Thunder Bay residents. She is an active volunteer, having held positions on the board of the local chapter of the United Way and most recently, Friends of Quetico Park.

“For decades we as a province have chosen Liberals or Conservatives – but where has that gotten us?” asked Monteith-Farrell. “It’s gotten us to the point we are at now, with crumbling public services and sky-high hydro bills. We need change in Ontario, but Doug Ford is not the answer. He will cut and privatize even more than Wynne has – he’s already promised that. We need a Premier who cares about us – who will make sure that government puts people back at the heart of all its decisions. Andrea is a leader we can trust to do just that.” 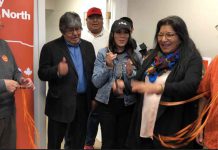 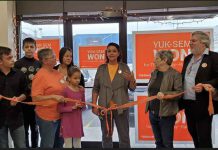