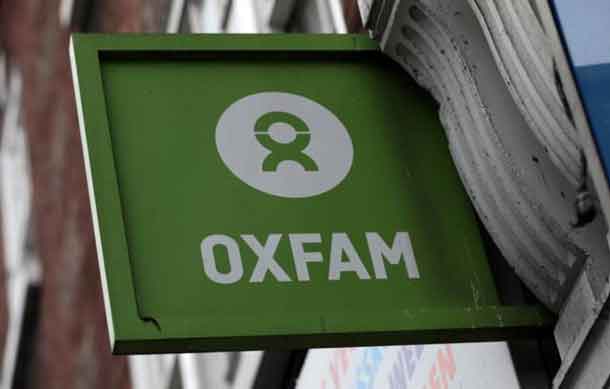 LONDON – More than 120 staff from leading international charities were fired or lost their jobs last year over sexual misconduct, an exclusive survey showed on Wednesday as a sex scandal centred on British charity Oxfam swept through the aid sector.

In the wake of the #MeToo movement by women against sexual harassment and abuse, the Thomson Reuters Foundation asked 21 global charities to disclose details of sexual misconduct by staff and any resulting job losses.

The first part of the survey, published last week, revealed only six out of 10 agencies initially contacted in November were willing to open up, with the list including Save the Children, Oxfam and Medecins Sans Frontieres (MSF).

Those who didn’t reply or couldn’t provide full figures were asked again this week along with another 11 charities.

This time 10 replied with details showing about 61 people were sacked or lost their jobs amid accusations of inappropriate behaviour in 2017, adding to 63 job losses reported last week.

The disclosures came as charities in the aid sector pledged to overhaul their approach to dealing with accusations of sexual misconduct and harassment.

Britain and the European Union are reviewing funding of Oxfam – one of the world’s biggest disaster relief charities – after reports some of its staff paid for sex during a relief mission after a devastating earthquake in 2010.

Haiti’s president has called for investigations into other groups which went to the Caribbean nation after the earthquake.

Other agencies that receive money from Mordaunt’s department have until Feb. 26 to provide assurances they effectively safeguarded people or tro give details of any breaches.

Paula Donovan, co-director of Code Blue, a campaign seeking accountability for abuses by U.N. personnel, said it was the hypocrisy of these organisations that irked people.

“They’re preaching the highest ideals, they have employed people with public monies to abolish and eradicate exactly what they’re accused of committing,” she said.

“Each case is one too many and we work every day to avoid that it happens,” DRC Secretary General Christian Friis Bach told the Thomson Reuters Foundation.

CARE International said it sacked 11 staff and another four resigned, contracts were not renewed or left the company.

U.S. group International Medical Corps said it severed relations with five people over reports of sexual exploitation and abuse in 2017 and was investigating several other cases.

Bangladesh-based agency BRAC dismissed one person and terminated relations with 22 over reports of sexual harassment.

“In both cases, no laws were broken, and neither involved incidents against minors,” the charity said in a statement.

Concern Worldwide said it averaged up to two such incidents a year over the past decade, three-quarters of which resulted in dismissals, but could not provide a detailed breakdown.

Compassion International said it had no reports of staff using prostitutes or sexual exploitation of aid recipients in 2017. Aid agency Catholic Relief Services said it too received no reports of serious violations.

Vatican-based Caritas Internationalis said it had no reports of sexual harassment involving its 30-staff secretariat, while its 165 member organisations globally report into local bishops.

The International Committee of the Red Cross (ICRC) said it had no reliable historical data about staff misconduct.

Action Against Hunger, Islamic Relief, Action Aid and Plan International said they were working to collate data ahead of the Feb. 26 deadline given by the government.

The International Rescue Committee (IRC) did not respond to requests for figures but said it advised donors of misconduct.

“When allegations against staff members are substantiated, appropriate disciplinary action is taken, which may include termination,” it said in a statement.

Aid experts said it was key for charities to come clean about such cases.

“Transparency is an important step to having difficult conversations about an issue that we have long struggled to address,” said Megan Nobert, founder of Report the Abuse, a Geneva-based campaign group that collects data on sexual abuse against aid workers.

“It’s important that we work together to address it.”