THUNDER BAY – The Mushkegowuk Tribal Council declared a state of emergency in response to the flow of illegal drugs and alcohol (including prescription drugs) into their communities. As a result, the public may experience increased police presence in their communities in order to stem the tide of illicit drugs.

The Ontario Provincial Police (OPP) will provide secondary policing support to assist the Nishnawbe-Aski Police Service (NAPS) in their response to the declaration of emergency.

The OPP continues to support public safety and community well-being through a proactive and integrated approach with its policing, judicial and Indigenous community partners.

Any person with information regarding illicit drugs in the region should contact the Ontario Provincial Police or their nearest police authority. Should you wish to remain anonymous, you may call Crime Stoppers at 1-800-222-8477 (TIPS), where you may be eligible to receive a cash reward of up to $2,000.

Background on State of Emergency

A pandemic caused by illegal drugs and alcohol (including prescription drugs) continues to grow rapidly and is a very serious problem for the Mushkegowuk First Nations. The illegal drug trade is overpowering, it’s a major source of the criminal activity, family difficulties and a contributing factor to many deaths. As well, the illegal drug trade is adversely affecting public safety, health, child welfare, education, housing and police services. And most saddening of all is that the young children, including the unborn children, are forced to live the life of a drug addict. They do not eat properly, don’t have proper clothing, don’t sleep properly, and their mental well-being is compromised and this impacts their learning, social interactions, and overall health. In reality, the entire community and region is suffering and no one is left unaffected. The existing programs and services are overwhelmed in trying to provide support, they are underfunded and need emergency support to implement more effective strategies to reduce the illegal drug trade in our communities.

“Since July 2017, the Deputy Chiefs of the Mushkegowuk First Nation’s have been collaborating on developing a regional Campaign Against Illegal Drugs and Alcohol. As well, community programs and services have been trying their best with what limited resources they have to combat this serious problem. In Attawapiskat, the Northwest Company, Canada Post and Ministry of Transportation are a big part of the problem because illegal drugs are easily flowed through their systems. We immediately need four (4) additional police officers and four additional mental wellness counsellors,” says Attawapiskat First Nation’s Chief – Ignace Gull.

At the Council of Chiefs meeting on November 9, 2017, the Mushkegowuk Council of Chiefs declared a State of Emergency and submitted necessary documentation to the Ontario Ministry of Community Safety Services. On November 10, 2017, the Provincial Emergency Operations Centre coordinated a teleconference between the Mushkegowuk First Nation leaders, the federal and provincial governments. 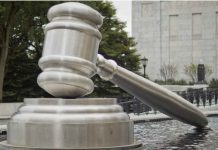