THUNDER BAY – The New Year started with an early morning traffic stop leading to an arrest for a pair of men. Thunder Bay Police state that on January 1st, 2018 at approximately 3:40 am an Officer detailed to the Thunder Bay Police Service Festive RIDE program observed a vehicle travelling northbound on Memorial Avenue at a high rate of speed.

A traffic stop was conducted on High Street South where the vehicle had turned.

The officer approached the vehicle and noticed two male occupants. Upon smelling the odour of alcohol the driver was asked to exit the vehicle. He then fled on foot only to return several minutes later.

At that point, both males were placed in police custody.

A search of the vehicle revealed a large quantity of drugs and some money. It is estimated that the street value of the found drugs to be nearly $69,000.

One male from Southern Ontario and another male from Alberta were arrested and charged with Possession of a Controlled Substance for the Purpose of Trafficking and Possession of Property Obtained by Crime. 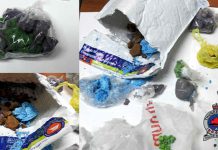 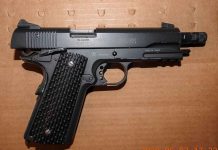