Home Anishinaabe A Journey from the Mind to the Heart

“The longest journey we will ever make as human beings is the journey from the mind to the heart,” said Indigenous knowledge keeper, Chief Darrell Bob of the St’at’imc Nation, as he challenged top North American scientists to step outside of their academic framework and enter into the world of the Indigenous.

Bob was quoting another elder, Angaangaq Angakkorsuaq from Kalaalit Nunaat (Greenland), and was reflecting an Indigenous system of thought that is guided by values and laws written in nature, a system that transcends tribal boundaries.

He made the statement at a recent gathering of twenty respected Indigenous knowledge keepers and western scientists, who met and formed alliances as they gathered for four days of knowledge exchange following traditional protocols from September 9 to 12, 2017, witnessed by 150 official observers and guests.

The gathering took place at the Turtle Lodge, an international center for Indigenous education and wellness, located in Sagkeeng First Nation, Manitoba, Canada, 100 km north of Winnipeg. Over the past 15 years, Turtle Lodge has been a center for sharing Indigenous knowledge through events, ceremonies, conferences, and summits that include people from around the world.

“The Turtle Lodge is our house, our place of strength, where our leadership as elders and knowledge keepers is rooted,” explained Dave Courchene, founder of the lodge, built based on a vision received.  “Our sacred lodges and outside in nature are the places where our ceremonies live and are practiced in their fullness. Using our sacred places for these meetings, and practicing our ceremonies, makes our alliance and work together all the more powerful, as we are supported and inspired by the forces of nature and spirit.”

The gathering was chaired by Courchene (Knowledge Keeper Chair), a knowledge keeper of the Anishinabe Nation, who has shared Indigenous knowledge on the international stage beside the likes of the Dalai Lama, and Dr. David Suzuki (Scientist Chair), who is recognized as a world leader in sustainable ecology. This was a gathering unlike what many scientists were used to, as they were challenged to open not only their minds but also their hearts.

More than 40 youth from local schools and First Nations from across the country attended the gathering as invited observers and guests.  Kaska Dene youth leader Cole Abou from the Yukon Territory sits between Co-chairs Suzuki and Courchene, as he signs the Turtle Lodge Declaration. Click here to read the declaration.
The gathering was convened to help offer answers to a public challenge made by Canadian prime minister, Justin Trudeau, who stated at the COP21 Paris climate talks (2015): “Indigenous peoples have known from thousands of years how to care for our planet. The rest of us have a lot to learn and no time to waste.”

The intention of the gathering, for Indigenous knowledge keepers, was to highlight the importance of spirit and ceremony, and a foundation of values that underpin Indigenous knowledge.  Speaker after speaker insisted that the solutions to effectively adapting to our changing earth lie in embracing values and teachings found through the observation of the earth itself, values they refer to as “spiritual laws” and “natural laws”. For the scientists, the goal was to broaden their lens and gain understanding of a holistic context for their observations.

“My whole thrust in my interest in engaging scientists and the Indigenous community is [that] science can’t work without the whole context,” said Suzuki.  “In focusing on the parts science loses the emergent properties.  Traditional Native knowledge keepers and elders are a resource in seeing the world in a way that is rooted in the land.  We need humility and a way to see the bigger picture.  The answers this world is seeking can be found in Indigenous knowledge,” he added.

What unfolded was a powerful sharing of two systems of thought – Indigenous prophecies and scientific predictions side by side – and a great deal of overlap was seen and noted. The gathering was unique in that it was led through Indigenous protocols of ceremony, and provided a ceremonial context for the building of alliances, sharing and decision-making.  Ceremony is one major contribution that Indigenous knowledge can make to the scientific understanding.

“Being hosted in a sacred lodge, a place of strength and leadership for Indigenous peoples, creates the environment for Spirit to lead the gathering, and reinforces belief in a spiritual connection, gratitude, humility and respect for the sacredness of life in whatever we do,” said Courchene. The Indigenous knowledge keepers spoke often of not overstepping ceremony in the process of coming to an understanding with scientists, a concept that was new to many trained in western academic thought.

“Spirit and ceremony are critical elements missing in most discussions about climate change and what to do about it,” said Suzuki.

“Indigenous Peoples have lived in their places for untold millennia: Is this a coincidence?  What is the importance of ceremony?  Let’s listen … and explore … together,” said Miles Richardson of the Haida Nation, who co-facilitated the gathering along with Courchene and Suzuki. Richardson is leading a team to organize a spring conference in Vancouver called Scientia: A Conference on the Intersection of Traditional Knowledge and Science.  Richardson came to this gathering to receive guidance and understanding of how to set a ceremonial context for his 2018 initiative.

The entire first day was devoted to ceremony, setting the stage for discussions through a deeply experiential process which left knowledge keepers and scientists alike emotionally moved and spiritually uplifted.

Beginning with the lifting of a Sacred Pipe which had been commissioned by a national group of Indigenous elders in the fall of 2016, the group gave thanks and sought blessing, sanction and direction from the spiritual realm in an ancient ceremony practiced by Indigenous people for thousands of years. A water ceremony followed, in which Indigenous grandmothers and women sang a water song and shared teachings on the significance of water and our individual responsibilities in taking care of this element of life.

Then came a surprise.  In an act of both love and leadership, Indigenous elders representing nations from across the continent came together to offer a ceremonial gift of adoption to the scientists gathered.  It was the most powerful act of the four days. As the drums sounded, a young bear dancer, 14 years old, raised traditionally in the mountains of his west coast Xaxl’ip First Nation, led a procession of scientists to stand on buffalo robes in the center of the Turtle Lodge, where each scientist was given a handful of earth to hold in their hands while four traditional elders addressed them.
The Indigenous knowledge keepers spoke of their right to invoke this ancient ceremony of making family, as the Original People and leaders of their homeland, and offered a welcome to the scientists to this land as full citizens of the First Nations and of the land that is commonly referred to as Turtle Island.

With the adoption, the elders explained, came duties and responsibilities as members of the nation, to learn and follow natural and spiritual laws of the land, and to be kind to one another and to the Earth. The adoption ceremony was not to impart authority on the adoptees to speak on behalf of Indigenous Peoples. Rather, the adoption ceremonially invoked a powerful spiritual relationship in being a welcome part of the Indigenous family, in which they were given permission to raise their families, live their lives and engage in activities on this land to advocate for and support the well-being of the whole nation and all life on and around Turtle Island.

Indigenous knowledge keeper AJ Felix of the Cree Nation in Saskatchewan spoke eloquently to the new adoptees:  “Now, because of this ceremony, you will come to feel how we feel about the land.  How we feel when the wind blows and when the water crests.  You will even feel what it has been like for us, in trauma and poverty, and what we have gone through as a people.  You will understand what we feel as Indigenous people, because you are now one of us, part of us.”

In the three days that followed and in the discussion that occurred at a special round table carved with seven animals representing the Seven Sacred Laws of respect, love, courage, honesty, wisdom, humility and truth, a Turtle Lodge Declaration was drafted by Suzuki, which was amended and signed by the twenty scientists and knowledge keepers on the table. The document was taken to Manitou Api, an ancient sacred petroform site located in the center of the continent, about a 90 minute drive from Turtle Lodge, on the last day of gathering for ratification through a special ceremony.

Although formal agreement was not yet reached on direct actions that knowledge keepers and scientists can work on together, discussions did move in the direction of establishing youth training in earth restoration and stewardship, and the development of a green economy.  It was agreed in principle that this training should be founded on and led by Indigenous knowledge, natural laws and protocols, and incorporate the best of scientific expertise, technical skills and knowledge.

“As far back as 1987, the importance of Indigenous environmental knowledge, or Traditional Ecological Knowledge to sustainability, was highlighted in the United Nations Commission on Environment and Development report, Our Common Future, by Gro Harlem Brundtland, former Prime Minister of Norway,” wrote ethnobiologist Nancy Turner in a blog about the gathering.

“Indigenous knowledge systems have since been recognized in a number of other international documents, such as the UN Convention on Biodiversity and the UN Declaration on the Rights of Indigenous Peoples. However, many scientists and academics around the world have been slow to recognize the value of Indigenous knowledge, beyond its cultural roles within particular communities and locales. Scientific knowledge in so many fields – from medicine to engineering, from electronic and digital technologies to genetic manipulation – has been widely seen as the only way to inform and promote large-scale industrial, economic and technological “progress” in the world. Yet for all the knowledge and truly amazing technologies that science has provided, we have failed so far to prevent serious damage to our environment; we humans have been unable to govern ourselves in the use of our science-based technologies without incurring unintended negative consequences. We need more wisdom and more careful judgment. We need better approaches to planning and decision-making – for the long term. We need more effective, transformational education, and we need to be able to link our actions together with outcomes through more holistic, critical thinking,” Turner added.

“Climate change is really about human change – a change of the heart,” said Courchene.  He added, “We can create a new economy and new opportunities for the nation based on stewardship.  We have an opportunity to set a completely new narrative based on our ancient values and principles. We come forward as elders and knowledge keepers to continue to give and share our knowledge to provide a direction that can help us move forward to a much more sustainable earth.” 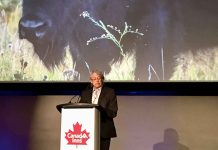 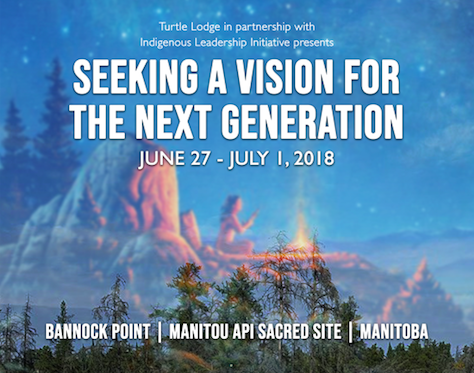 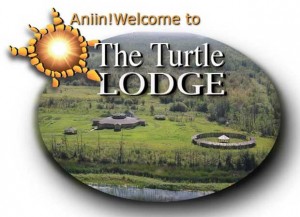