THUNDER BAY – LIVING – There’s no such thing as a safe electrical shock. Even if it just feels like a little zap from a toaster, you could have long-term after effects. Watch this video to learn more about the consequences of low-voltage shock and how you can avoid it. If you or a loved one receives a shock, seek medical attention immediately.

That is the message from the Electrical Safety Authority. On average, more than 110 kids under 15 end up in the emergency department each year in Ontario1 because of an electrical injury. More than half of those hurt are under age five. Research has shown that even mild shocks can have long-term after effects. The ESA has launched a new initiative to help Ontario parents prevent shocks at home

It is important to protect your home from these dangers. Especially younger children.

“Kids are curious by nature and often use their hands to explore their surroundings, which puts them at risk for electric shock,” says Dr. Joel Moody, Director, Safety Risk, Policy, and Innovation at ESA. “We are encouraging families to create even safer homes and communities, not just for children, but for all Ontarians. All shocks can be potentially damaging, but all shocks can be prevented.”

A survey conducted on behalf of ESA found that nearly 60 percent of Ontarians have received a shock. But research shows that even low-voltage shocks like a zap from a toaster or buzz from an outlet can have serious long-term after effects like memory loss, anxiety or the feeling of pins and needles.

Preparing for 2021: Dire need for a resilient and active lifestyle 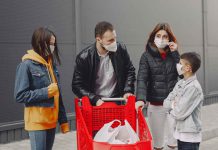 Navigating Your Family Through the Troubles of the COVID-19 Pandemic 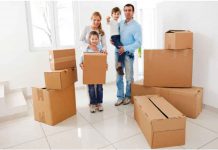 Organization: The Key to Success in Every Moving Project