On August 28, 2017, CBSA at the Port of Montreal intercepted a shipping container from Afghanistan, destined for Richmond Hill, Ontario. During inspection of the shipping container approximately 29 kilograms of heroin and 604 grams of opium were found secreted in boxes of marble tiles. The RCMP was subsequently alerted and an investigation ensued which led to the execution of search warrants in Aurora, Richmond Hill and Stouffville, ON.

As a result of this investigation four subjects from the York Region have been charged, however the investigation is ongoing and further charges are anticipated.

“Illicit drugs are a blight on our society and destructive to our communities and neighborhoods. The RCMP will continue to work with our Law Enforcement partners to identify, arrest and prosecute those responsible for the import and distribution of drugs, and prevent them from profiting from their criminal enterprise,” said Superintendent Chris Leather RCMP GTA Commander.

The RCMP would like to thank the York Regional Police and CBSA for their assistance with this investigation.

Law enforcement agencies work diligently to make our communities a safer place to live, however your assistance in remaining vigilant and informing us of any suspicious activities will help us be even more successful. You can contact your local police, the Ontario RCMP at 1-800-387-0020, or anonymously through Crime Stoppers at 1-800-222-8477 (TIPS), at any time. 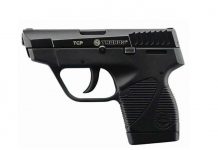