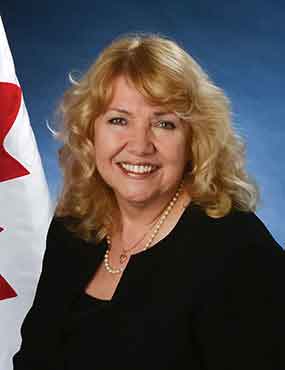 OTTAWA – OPINION – The Prime Minister of Canada has announced another minister for Indigenous people.

No matter how qualified and well intentioned the participants, the last thing we need is another minister, ministry and bureaucracy in Ottawa to address the challenges.

They will be tasked with implementing the 94 calls to action of the Truth and Reconciliation Commission Report, no different than the hundreds of recommendations in the 1996 Royal Commission on Aboriginal Peoples, and adding little to the lives of the men, women, children and youth suffering at the grass roots level, living in squalor on reserves, with filthy water and inadequate housing.

Governments have spent billions of taxpayer dollars over decades on bureaucracies, and the dollars are obviously not getting to the people.

What we are doing is simply not working.

It is time for a real change, not another ministry.

Our ancestors, Indigenous and non-Indigenous alike, did the best they could with the tools they had. It was a different era with unique challenges. Like us, they were imperfect human beings, working together for the betterment of all. Who are we to judge on today’s standards? Sir John A. Macdonald’s role in the founding of Canada is significant. There is no need for a divisive debate on monuments and statues, or buildings and bridges, when valuable tax dollars could be used to provide clean water and decent housing instead.

The main problem is not the residential schools or anything else from the past, as evidenced in portions of the Truth and Reconciliation Commission Report itself, and reinforced in an avalanche of personal letters to our office, after the March 7, 2017 speech in the Senate.

Support for my position, stories about the abundance of good in the schools, the kindly teachers and staff, the excellent sport programmes, music and language lessons and a timely education for the changing times, poured in from Indigenous and non-indigenous people alike, from every region of Canada, men, women, students, journalists, chiefs, shamans, judges, teachers, nurses, elders, law enforcement, doctors, lawyers, youth and clergy. Common sense tells us there are always two sides to every story. Both were told in the reports and are available on my website, but in the past, only one was emphasized.

A small number of aboriginals found the schools bad and a slightly smaller number found them good. Only 1 in 3 Indigenous children ever attended them. Very few were torn from their parents arms, but rather were enrolled by loving parents who were away trapping and trading for months on end, and who wanted to prepare their children for the future.

Many of the nearly 900,000 documented Aboriginal Christians in Canada melded their church teachings with their own native traditions and moved on with their lives, some still associated with the churches today, a fact only now being recognized from the 2011 census. They are tired of being portrayed as victims, and consider themselves victors. The good must never excuse or minimize the bad that happened to so many, and fair compensation to those victims is imperative, but the whole truth is essential for healing.

The real problem, as identified in letters from the grass roots across the nation, and which no government has had the courage to address, is what they themselves identify as the Indian Act Industry in Ottawa, all living and working together comfortably, huge bureaucracies, massive expense accounts, fully assimilated to the ways of the white and Indigenous worlds, with available 5 star accommodations and business class travel, while the Indigenous population is constantly reminded that integration or assimilation is not good for them, and the rest of Canada is somehow to blame. I’m sure the intentions are good, but the system doesn’t work for the people who need it most. As I said at the outset, it is time for real change, not another bureaucracy.

We do not need an Indian Act. We have a Charter of Rights and Freedoms for all Canadians.

It is long past due to stop the guilt and blame and move forward together. In the wise words of Chief Robert Joseph, “Over time we should realize, as people sharing the land, we all belong here. The sooner we discover that the sooner we’ll be working together and cheering each other on.”

In 1969 Pierre Elliott Trudeau and his Indian Affairs minister Jean Chretien got it right, with their White Paper which rejected a nation within a nation and asked us all to live together in this beautiful land. I have lived in remote areas for most of my life. We have excellent professionals, but it is difficult to attract more of them at the best of times, without further dividing people into different nations and trying to provide segregated health and education services. Chretien and P.E. Trudeau recognized the challenge in 1969. Their paper was brilliant and ahead of its time. Can you imagine how life would be for Indigenous people today, had it been implemented nearly 50 years ago? Indigenous leaders soundly rejected it, without consulting their own people, but it still has merit.

I am simplifying it here, but basically it said that the mountains, rivers, and streams belong to all of us. None of us are leaving, so let’s stop the guilt and blame and find a way to live together and share. Trade your status card for a Canadian citizenship, with a fair and negotiated payout to each Indigenous man, woman and child in Canada, to settle all the outstanding land claims and treaties, and move forward together just like the leaders already do in Ottawa. All Canadians are then free to preserve their cultures in their own communities, on their own time, with their own dime. The emphasis should be on individual prosperity and responsibility, with more money in the pockets of the local people, and not just national leaders and bureaucracies. We all appreciate the fact, that money in our own hands, to buy a home or use as we see fit, gives everyone hope and purpose for their life.

No matter what your personal feelings are on the issue, I believe that a vast majority of all Canadians have kind, compassionate hearts and want a genuine solution to a situation that has existed for far too long.

Let’s not shout, or protest or call one another nasty names. Let’s talk together, stick to the issue without personal attacks, and find that solution.

The views expressed by Senator Beyak are hers alone and do not reflect the views of NetNewsLedger.com