“This is a beautiful town but now it is a disaster”

By Marc Frank and Sarah Marsh

HAVANA/CAIBARIEN – (Reuters) – Hurricane Irma uprooted trees and tore off roofs in Cuba on Saturday with 125-mile-per-hour (200-km per hour) winds that damaged hotels in the island’s best-known beach resorts and forced evacuations as far along the coast as low-lying areas of the capital Havana.

Power was out and cellphone service was spotty in many regions as Irma neared the end of a 200-mile (320-km) trek westwards along the top of the island. It was forecast to head north toward Florida in the evening.

In the fishing town of Caibarien, residents swept mud from beachside homes after storm surge drove 3 feet (1 meter) of seawater up the shore. In streets carpeted with fresh green seaweed as the water receded, people said it was the strongest cyclone ever to hit the town.

“Sheets of zinc that came flying into our backyard also damaged the kitchen wall and we lost many roof tiles,” said Angel Coya, 52, adding he was optimistic that Cuba’s Communist government would help repair the damage. “We have to keep on.”

Irma’s turn northward was expected to occur around 150 miles (240 km) east of the capital. Nevertheless, authorities shut off power in large parts of the city and evacuated some 10,000 people from central Havana near the Malecon seawall because of fears of flooding from the storm surge.

By Saturday evening, the sea had penetrated two blocks over parts of the city’s historic seafront boulevard, and the waters were expected to advance farther as the surge grew. Restaurants on the seaside drive pulled down their shutters and stacked sandbags against the storm.

Still, many Cubans expressed a sense of relief after the eye of the first Category 5 storm to make landfall on the island since 1932 passed over the northern keys, just grazing the mainland with its full force.

“Honestly, I expected worse. I thought I would come back and find the roof gone,” said Yolexis Domingo, 39, using a machete to hack the branches off a tree that fell in front of his house in Caibarien. “Still, it is going to be a while before I can come back to live here. The water came up to a meter high and some of the roof flew off.”

Overnight, the storm pounded the chain of pristine keys and tourism resorts that stretch along the coast from central Camaguey province to Villa Clara province, and it was headed toward Varadero, Cuba’s most famous beach getaway.

Cayos Coco and Guillermo, the crown jewels of what is known as the King’s Gardens, with 16 hotels frequented by Canadian and European tourists, sustained serious damage, local authorities in the area said.

At least one bridge on a causeway to the area collapsed, and the communications tower for the keys was no longer standing.

Dozens of coastal towns were damaged, with some reports of collapsed houses, though no deaths had been reported.

“This is a beautiful town but now it is a disaster,” said local resident Sandro Sanchez, 27, walking through the main square after the hurricane had passed Remedios, in Villa Clara.

Corrugated iron from roofs were strewn in the streets alongside rubble. Lampposts were bent double, plant pots smashed and the fronds of palm trees shredded.

“You can’t do anything against nature,” he said. “We never had a storm wreak so much damage here. This is really a mess.”

On Saturday, Irma covered most of the island, the Caribbean’s largest. Its force sent shockwaves and flooding inward.

In the city of Camaguey, Anaida Morales said she just been through a night from hell with her mom, stepson and husband.

“The trees in the park in front of my house are down and others strewn all over the streets. Lots of roofs are gone and some houses collapsed. The river that runs through the city is about to flood,” she said.

“The wind roared all night and it is still strong. I couldn’t sleep. I’m scared of hurricanes and this is the worst I have been through,” she said.

Morales said she made a phone call to her daughter, who shares her name, in Florida, where millions of people were preparing for Irma’s arrival.

“I just spoke to Anaida, it is hard to believe she is getting ready to go through the same thing I just did,” she said. 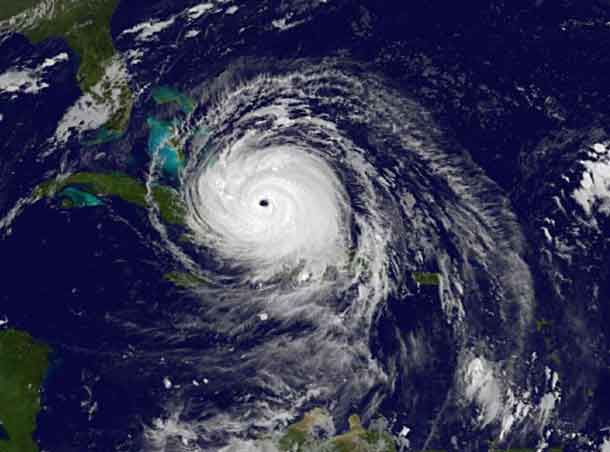 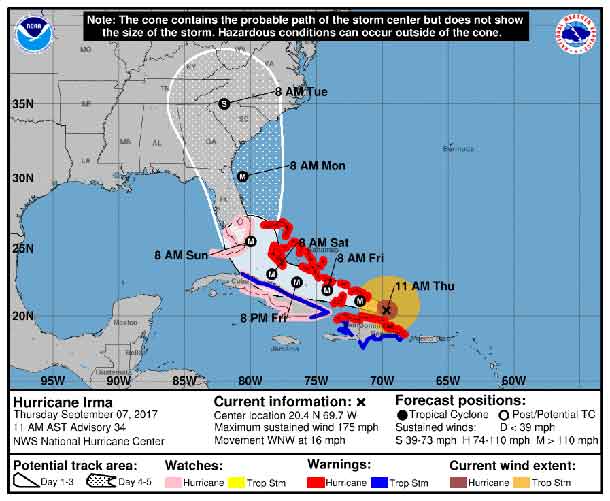