ANISHNAABEKIING – In a significant expression of support for free, prior, and informed consent of Indigenous Peoples in Canada, the environmental assessment process for Ontario Power Generation’s (OPG) proposed Deep Geologic Repository (DGR) for low- and intermediate-level nuclear waste has been halted until the Saugeen Ojibway Nation (SON) has made an informed decision on whether to support the project.

Canada’s Minister of Environment and Climate Change has made a request for additional information from OPG that hinges on the outcome of SON’s community-driven decision-making process, Anishnaabekiing, Anishnaabe Inwewin, Anishnaabe Naaknigewin – Our Territory, Our Voice, Our Decisions. This process was launched after the Nation received a commitment from OPG on August 7, 2013 that they would not build the proposed DGR for low- and intermediate-level waste without the consent of the SON Communities.

The SON Joint Chiefs and Councils are celebrating this historic decision. The request for information by Minister McKenna is an acknowledgement of the Nation’s right to free, prior, and informed consent as stipulated in the United Nations Declaration on the Rights of Indigenous Peoples. “The commitment from OPG secured our right to consent on the DGR Project, but our People have maintained that our right to free, prior and informed consent must also be recognized by the Crown. This has finally happened,” said Chief Lester Anoquot of Chippewas of Saugeen First Nation. “This is a victory we share with all Indigenous Peoples fighting similar battles to have their right to consent respected.”

The leadership of the SON have fought for over ten years to ensure the voice of their Communities would be heard. “Low- and intermediate-level nuclear waste keeps coming into our Territory and accumulating at the Bruce site in Kincardine. We must have a say in this. The Minister’s statements tell us that our voice on the nuclear waste issue is important to Canada and rightfully so,” said Chief Greg Nadjiwon of the Chippewas of Nawash First Nation. In 2016, the SON won another hard-fought victory when the Nuclear Waste Management Organization committed that they would not site a DGR for Canada’s high-level waste in their Territory without the consent of the SON Communities.

The Minister’s information request acknowledges the role and importance of these kinds of commitments in the process of reconciliation. In her letter to OPG, Minister McKenna describes the commitment from OPG as, “An example of how reconciliation practices can be implemented on the ground.” She also writes that, “Indigenous government, laws and jurisdiction must be respected.” These types of commitments are critical to achieving reconciliation between First Nations, the Crown, and proponents and “ensures the protection of our rights, interests and way of life,” said Chief Anoquot. “The Minister’s decision is an important step on the path to reconciliation.”

The SON will not only consider the DGR project for low- and intermediate- level waste and the high-level waste issue, but will also deliberate on the historical and ongoing impact of the nuclear industry’s operations in the Territory for the past 50 years. OPG made a commitment in the same August 7, 2013 letter that they would work with the Nation to address these impacts. The SON Communities will take the needed time and space to consider all of the issues and make informed decisions. 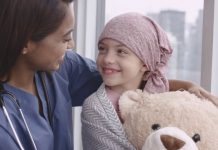 The Walk a Mile Project

Get Involved in Premier’s Youth Council