Bryer Twiss has completed a three-year diploma in Business Administration at Confederation College and will be attending Lakehead University this fall to complete a Bachelor of Commerce degree. Following her studies, Twiss plans on obtaining her CPA designation and pursuing a career in accounting. Twiss is a member of the Métis Nation of Ontario and resides in Thunder Bay.

Cameron Hartman is a fourth-year student at the University of Ottawa studying Electrical Engineering with a specialization in Power and Sustainable Energies. He plans on pursuing a career in clean and renewable energy with a focus on remote First Nations communities. Hartman is a member of the Red Rock First Nation in Northwestern Ontario and grew up in Thunder Bay.

The John Wesley Beaver Awards is one of three scholarships sponsored by OPG for Indigenous students. John Wesley Beaver graduated as an electrical engineer from Queen’s University, and worked at Ontario Hydro for 23 years, beginning in 1949. In John’s memory, each year OPG awards two scholarships valued at up to $5,000 for Ontario residents who are First Nations, Inuit or Métis, and enrolled in a full-time post-secondary institution in Ontario. 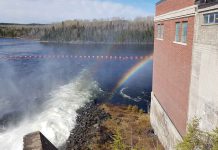 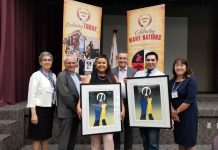