Be on the Alert for Scam Artists

THUNDER BAY – NEWS – “The OPP are reminding all residents to be extremely vigilant when receiving phone calls or e-mails from someone claiming to be from the Canada Revenue Agency or a police service inquiring about personal information and demanding payment on behalf of the Canada Revenue Agency. These types of calls are designed to create anxiety and complete shock for the unsuspecting resident resulting in personal and financial information being disclosed.” Comments Constable Ed Sanchuk, Oxford County OPP.

The Ontario Provincial Police (OPP) have issued a warning after an Oxford Ontario resident lost approximately $8,000 dollars to the scam.

On Friday, August 11, 2017 at approximately 9:34 a.m., police received a call from a concerned resident reporting a fraud.

Through the course of investigation, it was determined that a homeowner received a call from an unknown male claiming to be from the Canada Revenue Agency. As a result of the conversation, the victim lost approximately $8,000 dollars as a result of BIT Transfer (Background Intelligent TransferService) as well as providing gift card identification numbers.

Police are reminding all residents that fraudsters are calling homeowners and indicating that a criminal investigation has been conducted and arrest warrants were being prepared stemming from overdue taxes owed to the government. The fraudsters represent themselves as an agent of the Canada Revenue Agency (CRA) to legitimize their fraudulent attempts to get residents to send them money and gain valuable personal information in the process.

The OPP would like to provide some additional information to better equip Ontarians to identify those communications that do not come from the CRA. The following general guidelines are provided.

The Canada Revenue Agency does not do the following:

When in doubt, ask yourself the following:

For more information on fraud, call the Canadian Anti-Fraud Centre at 1-888-495-8501 or http://www.antifraudcentre.ca. 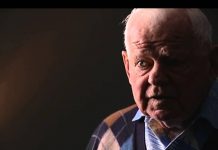 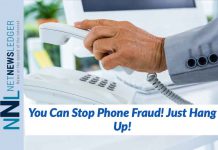